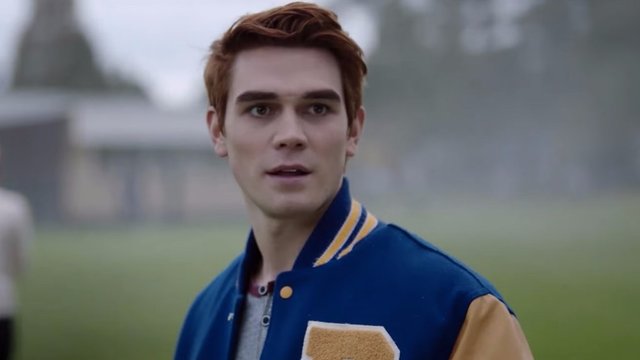 Cast and crew have been protesting on set after the actor fell asleep at the wheel following a late night shoot.

The set of Riverdale has come under investigation from the Screen Actors Guild after reports emerged of protests from cast and crew following KJ Apa's recent car crash.

The actor, who plays the lead role of Archie, fell asleep at the wheel last week after working a 14.2 hour day. The Hollywood Reporter writes that "he was taken to a local hospital for observation and later discharged without serious injuries" but the passenger side of his car hit a light pole and has been written off.

Since the incident, co-star Cole Sprouse has requested that the series provide travel for castmembers working late. Cole was apparently planning on travelling with KJ that night before changing plans at the last minute.

SAG have since released a statement as the announced that union reps will investigate the Vancouver set of The CW series:

"This is an extremely troubling situation and we are deeply concerned about the safety of performers on the Riverdale set. We are sending a team to Vancouver to review the circumstances surrounding safety issues affecting performers on this production."

Warner Bros, the studio who owns The CW, have also released a statement, expressing how grateful they are that KJ is ok but clarifying that he was never sent to hospital and instead was treated on the scene by first responders. They also state that they already have a policy on set regarding the provision of travel and hotel rooms to cast:

"The safety of the cast and crew on all of our productions is of paramount importance to the Studio. Productions adhere to the Screen Actors Guild-mandated turnaround time of 12 hours from wrap time to next day call time for cast members. In accordance with industry standard policy, if any cast or crew member feels tired or unsafe at any time after working, the Studio will provide a taxi, a driver or a hotel room upon request. This is communicated to all cast and crew, both in writing and verbally, at the beginning of production and is reiterated continuously throughout the duration of production."