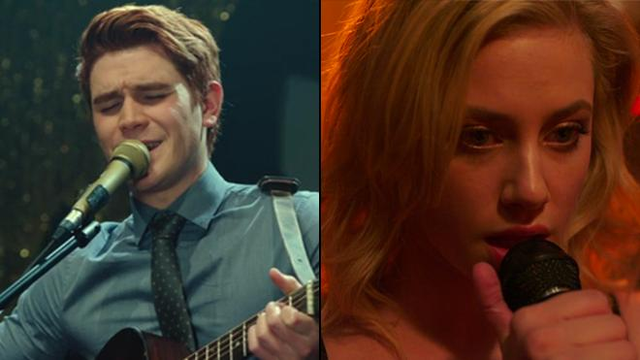 Riverdale is about to go FULL High School Musical.

The episode will be taking a leaf out of High School Musical's playbook and will centre on the Riverdale High drama department (which coincidentally consists of all the main characters) and their performance of Carrie: The Musical.

The drama squad's musical will be directed by Kevin Keller and the rest of the cast will be playing the characters. All the usual suspects will be involved; Veronica and Josie are on board with Archie and Betty, who will be playing a couple. Cheryl will be taking on the lead role as Carrie alongside Toni, Reggie, Ethel, Midge, Moose... AND JUGHEAD who will be joining in the vocals. Not only that, but Alice Cooper will be taking part in the musical too!

Dream episode of #Riverdale coming up! “CARRIE: The Musical” is happening!!! pic.twitter.com/sn80HFLzfv

The episode is slated to air on April 18 on The CW and then later on Netflix. In the mean time, here's a video of KJ Apa trying to downplay the rumours of a Riverdale music when we spoke to him ahead of the season two premiere. Iconic.