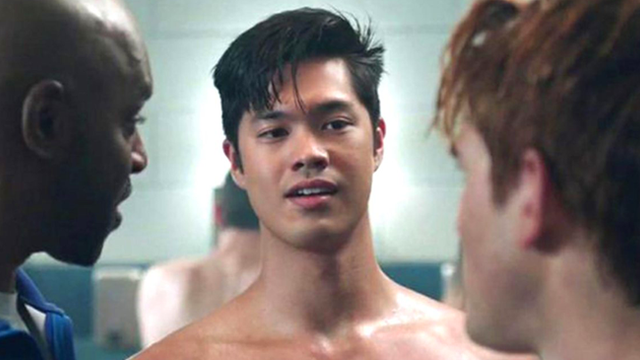 When we heard the news that our new famous boyfriend Ross Butler would be hanging up Reggie Mantle's Riverdale High letterman jacket in favour of heading back to Liberty High and 13 Reasons Why, we cried a little bit.

But dry your eyes kiddies, 'cause his replacement has already arrived and we are MORE than on board and it turns out, you've seen him on screen before too.

Taking over the role of Reggie in Riverdale will be Charles Melton, actor, model and future bae.

You may remember Charles from a little show called Glee.

Or, you might be more ~familiar~ with him on American Horror Story.

Yep, Charles played Mr Wu on AHS: Hotel, a rich guest at the hotel who ends up getting killed by the two blonde tourists. Sad!

Charles has also modelled for the likes of Hollister, Dolce & Gabbana and MAC Cosmetics. He's also an ex-college football player (which is perfect for Reggie) but after a few injuries, he dropped out and started acting.

It looks like Charles will be getting A LOT of face time when the second season of Riverdale airs next year as showrunner Roberto Aguirre-Sacasa has already said that Reggie will be playing a much bigger role in the storyline.

And just incase you were wondering how Ross feels about his replacement, here's his response to the perfect casting decision.