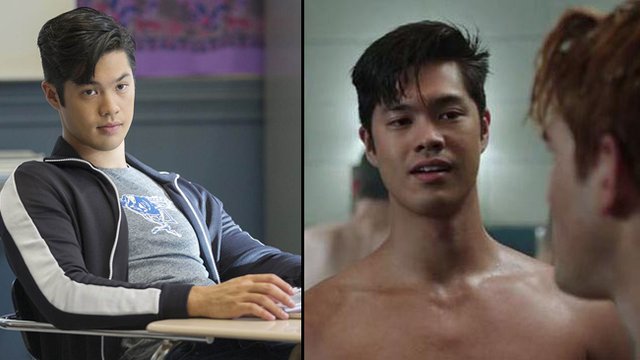 As season one comes to an end, 'Riverdale' is making one major change to its central cast.

Riverdale fans have been left heartbroken this week as actor Ross Butler has announced he will step down from the show at the end of season one.

Ross plays the role of Reggie Mantle, Archie's sworn enemy, but scheduling conflicts have forced Butler to leave the show, with the character being recast for the next season.

Series Roberto Aguirre-Sacasa released a statement about the changeover:

"[Next season], we want more Reggie on our show — he’s Archie’s rival! — and because Ross is unavailable to come back to Riverdale, we’re looking for a new Reggie. Those are big shoes to fill, but we’re confident we can find an actor who is as funny and sexy as Ross. And of course we all wish Ross the best."

Sad times all round.

PSA: Please stop sharing the "Ross Butler recast for Riverdale" on social media. The less I see it, the less true it becomes. So like pls

they are gonna recast reggie mantle? CANCELLED. ross butler or no one tbh #Riverdale

But wait - what could these scheduling conflicts be that are forcing Ross to leave the hugely successful TV show? Has he been offered a movie role? Is he hitting up Broadway?

Or, is this the surest sign yet that 13 Reasons Why will be coming back for a second season, featuring Butler reprising his role as Zach Dempsey in the Netflix hit?

That certainly seems to be the most likely option, with new reports suggesting that season 2 of the show is all but confirmed and Ross simply couldn't balance the two shows at the same time.

So, while we may all weep the loss of our beloved Ross from Riverdale High, take comfort that he will almost certainly be returning to your screens very soon.

Catch Ross in Riverdale on The CW and in 13 Reasons Why on Netflix.