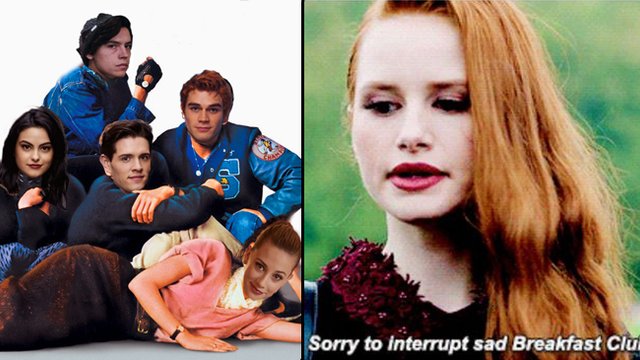 Cheryl's burn on the group in episode 5 is spreading across Tumblr pretty damn fast...

Riverdale, everyone's favourite teen murder based sequel to The Suite Life Of Zach & Cody, is well into it's first season and, as you may have noticed, we're pretty obsessed.

And the internet has already got to work crafting the finest and dankest memes from each episode of the Archie saga, including this little gem of a quote from Cheryl in episode 5:

Yes, this reference to the iconic 1985 movie about a group of mismatched high schoolers working their sh*t out during detention makes for a pretty accurate comparison with Archie and co's modern struggles.

Seriously, if you've never seen it, get on Netflix immediately!

But it looks like most fans are pretty into the idea of a 'Sad Breakfast Club' and have taken to Tumblr to share the love: Although there are a couple of problems with the comparison:

But, basically, we would all pay to see this movie: