This Is What The First Episode Of "Riverdale" Season 2 Is Called... But What Does It Mean? 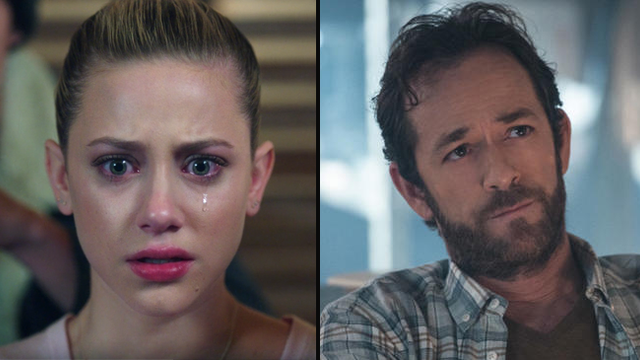 Amateur sleuths, get ready for an investigation.

In case you missed it, show-runner and potential life ruiner Roberto Aguirre-Sacasa released a sneak peak at the first episode of the second of Riverdale on Twitter a few days ago.

He shared the front page of the script for episode one which featured a milkshake spilt all over a table in Pop's Diner - we're taking as a direct reference to the traumatic events that happened in the finale. (If Fred is dead, I will riot.) Also on the script was the episode title for Chapter 14 and honestly, it's left everyone a little bit shook.

Season Two, Episode One of Riverdale will be called "A Kiss Before Dying".

But what does it MEAN?! Well, seasoned Riverdale sleuths will know that the majority of episodes from the first season are named after a film or play on the title of a film.

What's more, each episode baring the name of a movie that already exists has some sort of link to the film's original plot. For example, in "Chapter 7: In A Lonely Place", Jughead is taken in for questioning by Sheriff Keller. He is spared any charges when Archie's dad Fred provides him with an alibi. In the film of the same name, Humphrey Bogart is considered a murder suspect until his neighbour clears him.

So, with this theory in mind, we took a deep dive into IMDb to sleuth on 'A Kiss Before Dying' and guess what... IT'S A FILM.

The storyline follows Bud, a student who is wooing Dorothy purely for her father's mining fortune. When he discovers that she is pregnant, he realises she is likely to be cut off from the family fortune. He kills her, staging her death as a suicide and then sets his sights on her sister, Ellen who later investigates her death.

First of all, oh my god. Second of all, who could this situation apply to? Here's a few suggestions...

Scenario 1: Archie is 'Bud' and Veronica is 'Dorothy', we mean, she's the one with the huge family fortune after all. Only problem is... we can't really see Archie killing off Veronica. And seeing as this episode will be picking up immediately where season one left us, Veronica probably isn't preggers either. Nor does she have a sister. Don't buy it. Next.

Scenario 2: Polly is murdered (she is the pregnant one after all) and Betty attempts to investigate her death. But who would kill Polly? Jason is dead... unless Jason the ZOMBIE kills Polly. Hmm... Interesting.

Scenario 3: Bud in this situation could be either Hermione or Hiram, who are desperately trying to get their hands on Fred's business. Once they realise that he has absolutely nothing to offer them, they have him murdered by a hit man and Archie (the Ellen in this situation) then tries to investigate his death.

Or, maybe everyone is reading too much into this and it's literally just about someone smooching Fred before he kicks the bucket. Kiss of death from Hermione Lodge, anyone?