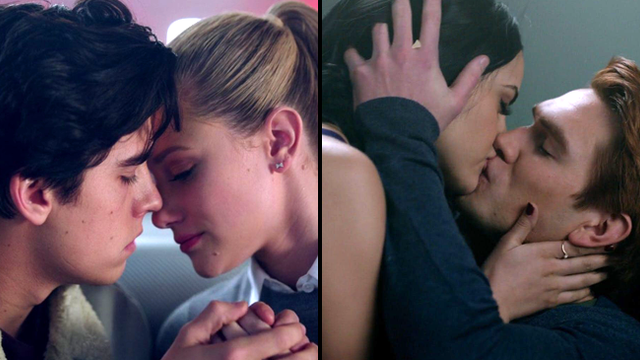 The show will also be going down the 'horror thriller' route... American Horror Story: Riverdale anyone?

Strap in, babies because Riverdale is about take a sharp turn down a very, very sexy and dark alleyway. It's been teased by show runner Roberto Aguirre-Sacasa that the show will be adding some terrifying horror elements to season two but that's not all... your favourite ships will be getting a lot more ~action~ too by the sounds of things.

At the end of season two, we saw the demise of Clifford Blossom and the shooting of Fred Andrews but don't worry, we won't be sitting through another murder-mystery type gig like Jason Blossom's. Instead, the general aesthetic of the season will take on a scary vibe inspired by suspense thrillers and horror films, rather than the neo-Noir murder mystery that we've become accustomed to.

Don't worry, it's not going to be FULL horror but you can probably expect a LOT more tension that'll get your heart beating clean out of your chest. Basically, if you love those teen slasher films like Scream (oh hey, young Skeet Ulrich!) and I Know What You Did Last Summer, the next 22 episodes of Riverdale are gonna be everything you've ever dreamed of.

“One of my favorite movies is Shadow of a Doubt, which is an Alfred Hitchcock movie which has often been described as Our Town with a killer on the loose. I was always obsessed with that idea. This season is a little bit of an homage to that," said Aguirre-Sacasa, speaking to Entertainment Weekly.

"The big theme is what happens when you’re living with fear day in and day out that something terrible might happen. And how your life changes when you’re walking home from school and you see someone and you cross to the other side of the street. Or when you go to bed, you triple-check your front door to make sure it’s locked.”

As for the sex? Apparently, in the world of Riverdale, the terrifying threat of death and uncertainty will be bringing out a much much MUCH more sexual side to a few of your favourite ships.

Who in particular? Well, Archie and Veronica will be getting a little bit "more sexual" when the show returns. Allow Camila Mendes to explain: “Death brings out certain passions or thirst for life. So they’ve definitely been friskier. But I think now because of all this darkness and stuff in Archie’s life and Veronica’s as well, their relationship does feel more grounded. It has more substance than just physical.”

As for Bughead? Their *ahem* 'thirst for life' won't be as primal as what we can expect from Varchie but you can probably bet that whatever happens between them, it'll be gif-ed to death.

Bring it on, tbh. Riverdale returns October 11th. Meet you at Pop's at 8pm on The CW.