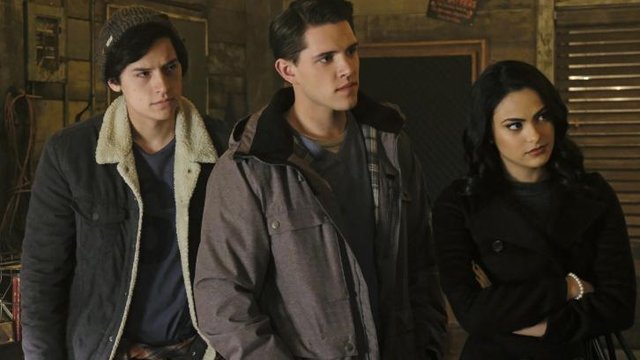 Riverdale season 2 is truly upon us and we're expecting a lot of drama. The cast has generally taken to describing the upcoming season as "dark", with Cole Sprouse even drawing comparisons to True Detective. The cast obviously interprets the material in different ways, but Madelaine Petsch (Cheryl Blossom) has just revealed something about season 2 that is making us rethink everything.

Keep your friends close. Your enemies closer. #Riverdale returns Wednesday, October 11 at 8/7c only on The CW. pic.twitter.com/OoYgm8gUyV

Forbes recently caught up with Madelaine Petsch to get the low down on Riverdale's second season. Madelaine dishes that her on-screen love interest will be pretty unexpected and casually dropped in the fact that Riverdale is going to be tackling some social justice issues.

"It's important that we go back to the things we discussed in the last season and that includes a lot of social justice issues," she said. "We're going into episode five next week of 22 and a lot of things happen in that episode that is very normal for people in high school. It's important for TV to bring that to light, so I'm excited for people to see it."

Ok, we're shook. What does this MEAN?

Season 1 of Riverdale largely focused on unravelling the murder of Jason Blossom. Issues like bullying and sexual harassment were briefly covered, but there were definitely some real problems with the show's LGBTQ+ representation. Race was not discussed at all in the first season.

It sounds like Riverdale writers have committed in some way to adding the cultural nuance that audiences crave, but it's not clear exactly what that means in the 22-episode run.

However, the news is promising. With a second season much longer than its first, Riverdale may have the opportunity to tell more detailed and inclusive stories. We're officially ready for the Riverdale gang to turn into woke kings and queens in season 2.