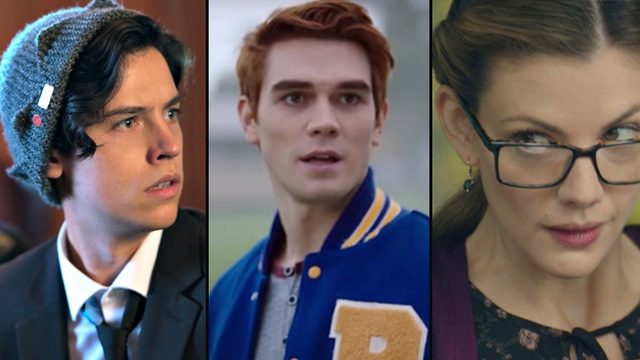 WHAT DOES THIS MEAN?!

Ever since the first episode of Riverdale dropped into our laps, we've been obsessed with trying to find out who was responsible for the death of Jason Blossom down by Sweetwater River. We literally have reason to suspect every single character in the show and the investigation is not getting any easier. Our minds are changing every second.

But there may be a breakthrough in our case, people.

A sleuth on Reddit that would give Jughead a run for his money just discovered a sneaky piece of information that could totally give away who Jason's murderer might be - and it involves a one, Mr KJ Apa.

Let's take a look at exhibit A, shall we?

In an interview with TooFab on March 10, KJ Apa revealed that his suspicions about who Jason's murderer was were confirmed when he straight up went and asked a writer while he was on set one day. Here's what he said when he was asked about his thoughts after finding out the answer in the script for the final episode:

“I actually wasn’t surprised. I knew it. I remember going up to our writer one day and asking, ‘Was it this person?’ and he looked at me and didn’t say anything and laughed so I knew I was right."

But here's the plot twist. Members of the jury, please turn your attention to the video we are about to present.

Yesterday (March 23), The CW uploaded a video of the cast's theories on who killed Jason Blossom. Almost everyone was present (except the Coopers, who are still prime suspects in our eyes.) But when it came to KJ's answer? He replied: "Juggie."

Now, let's take into account that this video was probably shot WAY before the cast even got the script for the final episode, which means KJ's answer in the interview (exhibit A) could have been in reference to his thoughts when he shot this (^^^^) video.

So... Could Jughead be the killer? *sweats*

Of course, after seeing how much of KJ loves a bit of banter, he could just be joking about his answer... trying to stir things up in the bromance. Also, the rest of the cast are literally out here suggesting Pop from the friggin' Diner and Archie's god damn dog so who really knows if this video is even a reliable piece of evidence. (There's also the possibility that he could have changed his mind between the video and the comment in the interview but that doesn't fit with our narrative so... shhh.)

What do you think, fellow sleuths? Is KJ just trolling? Or do we have a solid case here?

Take another look at our Riverdale theories and get back to us. Court is adjourned until further notice. Trust no one.