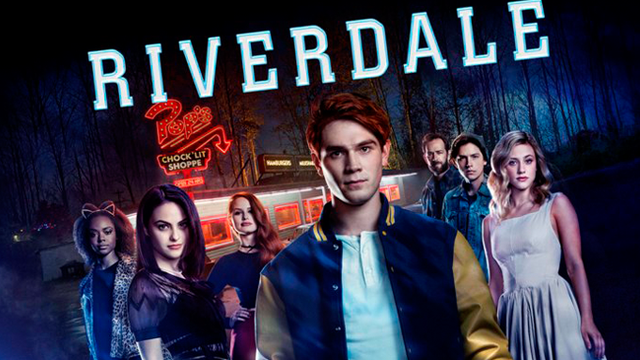 Alright, while we're still waiting for Riverdale to return to our screens, let's throw it back to that insane zombie theory that popped up on Reddit a few weeks ago. Remember? The one where it was claimed that Archie would be heading towards the afterlife? You can read the entire thing here, complete with a full sleuth on each scoop of evidence because we are in fact the best investigative journalists in the biz.

Anyway, it seems like there's been a development in the theory, or, more of a ~confirmation~ of sorts.

In an interview with EW, showrunner Roberto Aguirre-Sacasa revealed that when the ball started rolling on Riverdale, he had originally viewed the teen drama as more of a Buffy-type show instead of a Dawson's Creek kind of gig - you know, like more supernatural beings and supernatural happenings. Not quite the "Bughead or Beronica" drama we've been accustomed to for the past few months. Here's what he said:

"Ultimately we ended up... starting with a more grounded, less supernatural version of that because we thought we could always go there, but if we started there, it would be hard to take that away. So start a little more grounded and normal, and then introduce something supernatural as opposed to, once you’re supernatural, it’s going to be hard to go back to non-supernatural, so that was kind of the thinking behind that."

And then when asked if Riverdale would be heading down that zombie route, he replied "There’s a chance that happens."

Aguirre-Sacasa delved further into the justification of the whole zombie-fest by revealing a juicy bit of information about what exactly lies on the other side of the river where Jason died - and it turns out that there's BIG magical potential for the show.

"Riverdale is a non-magical grounded town with weird stuff happening. Then there’s Sweetwater River, where Jason died, and on the other side of that river is Greendale, where Sabrina and the witches traditionally live. On one side of the river, there’s no magic, there’s no supernatural — that’s where Riverdale is. And on the other side of the mythic river, which is sort of like the River Styx, there’s magic and witches and dark Lovecraftian horrors."

Whoa. We can't decide if we're into this or not. But whatever happens, we'll take it. Just please don't take our Juggie away from us.

You can read the rest of the interview here at Entertainment Weekly.