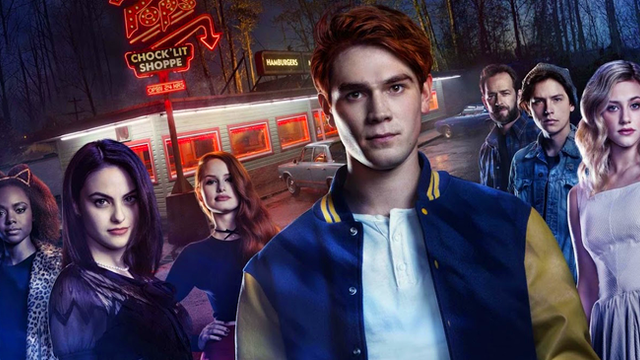 This is the cutest thing you'll read today.

The first day at a new job is usually a terrifying experience. You spend hours nervously deciding your outfit and worrying whether you'll make new friends. Now, imagine everyone at your work is actually really famous and are already BFFs. Kinda intimidating, right?

Luckily for Riverdale's newest cast member, Jughead and the gang are some of the nicest human-beings you could wish to meet.

As you probably know, Charles Melton joined the cast to replace Ross Butler as Reggie, who's too busy filming season 2 of 13 Reasons Why to return for the part.

Charles tweeted about his first day on the set and what he wrote was so cute it will make you barf: "My first day on set with the cast was like opening a Christmas gift you didn't think your parents could afford in a million years."

My first day on set with the cast was like opening a Christmas gift you didn't think your parents could afford in a million years.

Awww! Riverdale creator Roberto Aguirre-Sacasa also shared a photo of Charles with with Ashleigh Murray, who plays Josie McCoy. Looks like these two might be getting into some trouble in season 2.

Are you excited to see the new Reggie in Riverdale? [H/T Teen Vogue]