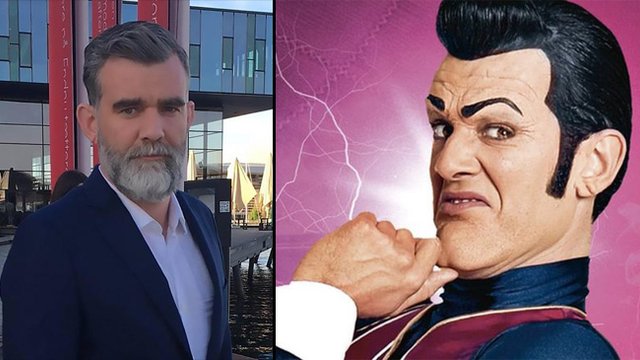 'LazyTown' star Stefan Karl Stefansson announced the news in a new interview in Iceland and now plans to produce a comedy show about his experiences.

Heavy reports that the 42 year old actor revealed the news in an interview with RUV, the Icelandic National Broadcasting Service, which was translated on Reddit by user batteries-included:

"The damn disease is gone. Until it comes back, whenever that will be, which will hopefully be never. Life is now. It’s almost a miracle that I’m still here."

Since he was first diagnosed in 2016, Stefan has seen waves of support from legions of internet fans who had adopted his LazyTown character as a meme. He has had several tumnors removed as well as part of his liver and spoke honestly about how the disease changed his perspective on life:

"When I woke up after my first surgery, which is one of the most serious and dangerous surgeries they do on the human body, the nurses looked at me and said ‘Now you will have to go and heal yourself Stefán.’ That is one of the most profound things I have learned in my life."

Stefan also revealed that he is working on a stand up comedy act about his experiences with comedian Ari Eldjarn, with plans to begin testing material in October with an official premiere in early 2018.

Fans have been sharing their reactions on social media:

Best news of the year so far! Stefan Karl was victorious and defeated the cancer! So happy to hear that! Robbie Rotten remains Number One! pic.twitter.com/i8tCLKO9HN

You have no idea how warm my heart is over the fact that Robbie Rotten beat cancer right now pic.twitter.com/1HtaqatvEw

Stefan Karl (Robbie Rotten) is cancer free!!! What amazing news to wake up to!!! pic.twitter.com/B1SaYhlfmW