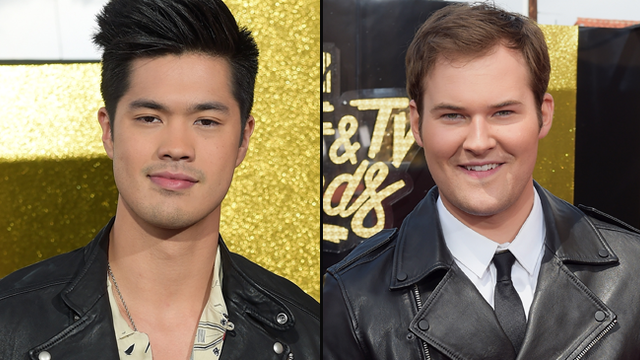 There's been a fair few cases of hacking on your faves social media accounts lately. The Chainsmokers got in trouble after their hacker insulted Halsey. Fall Out Boy got hacked and "revealed" the truth about Joshler. And then TØP got hacked themselves. The latest social hack involves two of your faves from 13 Reasons Why and this one wasn't pretty.

Both Ross Butler and Justin Prentice, who play Zach and Bryce on the show respectively, were both hacked on Instagram a few days ago. While no incriminating pictures were posted to their accounts, the hacker did have time to leave some pretty sh*tty comments under a few of Selena Gomez and The Weeknd's snaps. And as you can imagine, they were NOT pleasant.

The hacker who took control of Justin Prentice's account left a message on Selena Gomez's insulting her acting skills.

And then Ross Butler's hacker (who is probably the same person) took to The Weeknd's account and left a pretty rude comment under a picture of the two at the Met Gala.

Thankfully, Ross and Justin regained control of their Instagram accounts and managed to get the situation under control before the hacker posted any more messages.

Yes, Ross and I were hacked. We have full control of our accounts again. Nothing but love for the people who were targeted.

Crisis averted. What a nightmare.