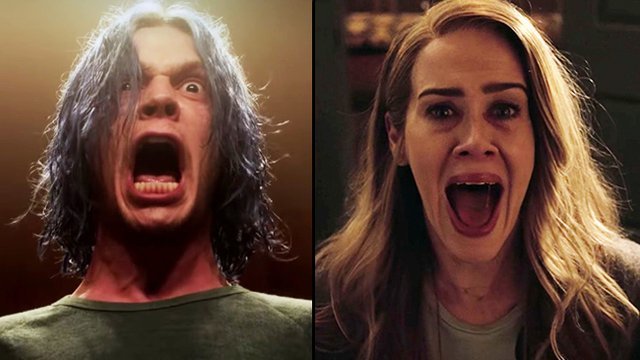 Ryan Murphy, the hardest working showrunner in the business, has unveiled a new series based on a classic 1970s movie.

American Horror Story may be about to leave Netflix but creator Ryan Murphy already has a brand new show lined up for the streaming service - and he's bringing one of our fave cast members along for the ride.

Deadline reports that Murphy's latest project Ratched, a prequel to the classic novel One Flew Over The Cuckoo's Nest, has been picked up for a two-season, eighteen-episode order by Netflix. As the name suggests, the show will focus on the character of Nurse Ratched in 1947 as she begins working in the mental health care system and transforms "from nurse to full-fledged monster". Murphy will produce from a script written by newcomer Evan Romansky.

But who could possibly play this iconic role? Sarah Paulson, that's who.

Yep, the frequent Murphy collaborator will work with him once again and take on the title role, probably winning many awards in the process 'cos, let's face it, she's just that good!

American Horror Story: Cult began on FX earlier this week, focusing on the aftermath of the 2016 election, while Murphy's next season of American Crime Story is due to air in early 2018.