ICYMI, Here’s Ryan Reynolds And Andrew Garfield Making Out At The Golden Globes 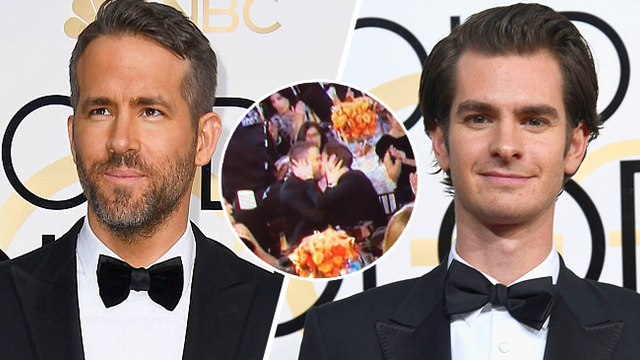 If Blake Lively approves, then so do we. #SHIPPED

Rule number one of the Golden Globes: never pay attention to what's on stage, always keep your eye on the drunk celebrities sitting the crowd.

While suave Prince Ryan Gosling climbed the stairs to the stage to accept his Golden Globe award for Best Actor in a Musical or Comedy last night (Jan 8), a romance for the ages was blossoming in the crowd and we bet you probably missed it.

Ryan Reynolds and Andrew Garfield, who were seated next to each other, seemed so overcome with emotion for their friend Gosling and their subsequent losses, they got caught up in the moment and... well, took their relationship to the next level.

Can you spot them in the crowd? Like a pair of star crossed lovers? 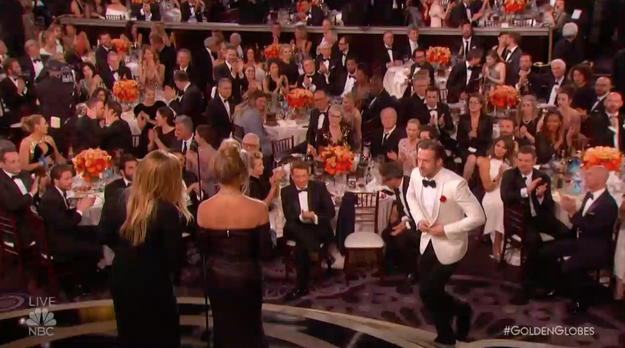 Shall we zoom in a bit for a closer look? Oh, there they are! Bless. 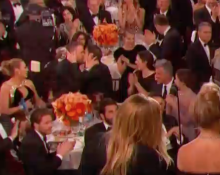 How about a video complete with a crash pan of the intimate moment?

LMAOOO did anyone else peep @VancityReynolds and Andrew Garfield kiss? #GoldenGlobes pic.twitter.com/Fm0PCBCrpj

Finally, a love story as iconic as that of Jack and Rose, forever immortalised in GIF.

Fan fiction at the ready, everyone!