Ryan Reynolds Opens Up About Struggling With Anxiety After Filming Deadpool 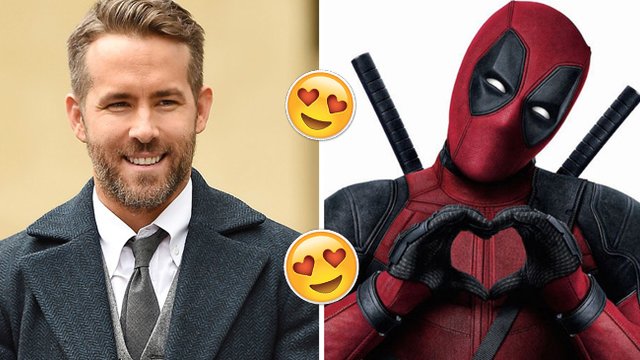 "The expectations were eating me alive"

In a recent interview with Variety, Ryan Reynolds opened up about his struggles with anxiety as a child and it's reemergence upon completing the filming for Deadpool, aka the best superhero movie of 2016.

Ryan told Variety that he initially experienced anxiety as a young boy and that it might have been caused by his father's parenting style.

"I have three older brothers," he says. "Our father was tough. He wasn’t easy on anyone. And he wasn’t easy on himself. I think the anxiety might have started there, trying  to find ways to control others by trying to control myself. At the time, I never recognised that. I was just a twitchy kid."

It started to rear it's ugly head again as Ryan was preparing to shoot. As well as playing the film’s lead, he was also a producer, script doctor, editor, and marketing executive on the film. Oh, and then the studio cut the budget by a couple of million dollar just before production started. No wonder he was feeling a little 'twitchy'. He started staying up really late to work on the script.

"I’d write 10 more jokes. I never, ever slept. Or I was sleeping at a perfect right angle — just sitting straight, constantly working at the same time."

After fans had persuaded studios to do a test reel, which eventually lead to the film getting the green light to be made, Ryan obviously felt a great debt of gratitude to fans, which then turned into a fear that he’d let the fans down. "By the time we were in post, we’d been to Comic-Con, and people went crazy for it. The expectations were eating me alive."

How'd he get through that? He credits his wife, Blake Lively. "Blake helped me through that. I’m lucky to have her around just to keep me sane."

As reported by HelloGiggles, Reynolds told GQ in November that he had something of a "nervous breakdown" after filming Deadpool. "I literally had the shakes. I went to go see a doctor because I felt like I was suffering from a neurological problem or something. And every doctor I saw said, ‘You have anxiety.'”

When asked what he was so nervous about, Reynolds explained: "The attention is hard on your nervous system — that might be why I live out in the woods. And I was banging the loudest drum for Deadpool. I wasn’t just trying to open it; I was trying to make a cultural phenomenon."

Well it worked! We can't wait for Deadpool 2. It's expected in cinemas sometime in 2018.