Sarah Hyland Claps Back At Bodyshaming Article In Hilarious Video 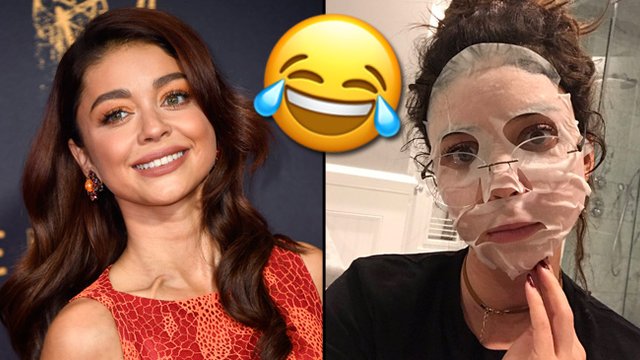 The 'Modern Family' actress had the greatest reaction to a recent 'Life & Style' article.

Modern Family star Sarah Hyland has hit back at a magazine that tried to claim she'd had plastic surgery in a truly hilarious Twitter session last night (November 2nd).

Life & Style posted an article focusing on Hyland's face and it's apparent "transformation" over the last few years. The actress has already made very clear in the past that she underwent a kidney transplant due to  kidney dysplasia and any change in her appearance is due to the medication she has been given since then.

Therefore, Sarah of course had to take the magazine to task:

However, pretty soon Life & Style attempted to adjust their original post...and Sarah wasn't having it.

Hey @Life_and_Style why don't you just delete the article about how different I look over the past 10 yrs instead of deleting "drs" comments pic.twitter.com/HUw8xjQevv

So she decided to make a couple of videos, dragging the mag in truly hilarious fashion:

Was a tad salty tonight. But I love a good bit! @Life_and_Style pic.twitter.com/CByyRDcu9G

But, she did also make sure that the poor social media editor knew it wasn't their fault:

I'd like to apologize for the person who runs the social media division of @Life_and_Style? I know this isnt your fault. So take the day off

Basically, the rule is, don't ever come for Sarah Hyland online. You will lose.

@Sarah_Hyland I hope this is you now after setting the record straight and letting everyone know the truth. you go girl pic.twitter.com/Cwa9hsQHcl

The Sims is getting a reality TV show and the winner receives $100,000

Chilling Adventures of Sabrina has been cancelled by Netflix