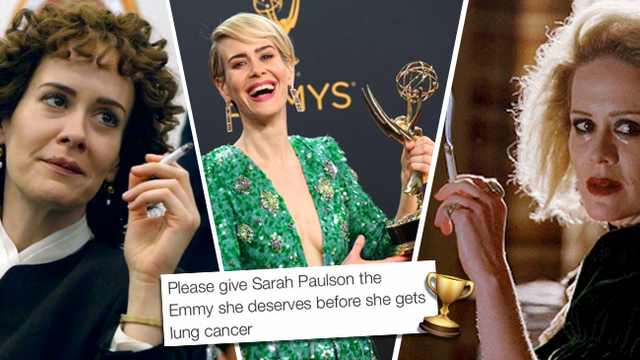 Behold, the one true Supreme!

Sarah Paulson won her first Emmy on Sunday night (Sept 18.) for her portrayal of the formidable Marcia Clark in Ryan Murphy's American Crime Story: The People vs. OJ Simpson - you know, the same show that brought us the iconic Ross Kardashian and his favourite beverage, 'Juice'.

SARAH PAULSON: DID THAT pic.twitter.com/aGztZOFPy9

You can watch her part of her incredible acceptance speech here.

She lost that one to Regina King but it's ok... she's gonna snatch for AHS: Roanoke. Mark our words.

Before last night, Sarah Paulson had been nominated for SIX Emmy's over the past 5 years without winning a single award. #Leo

Her first nomination was in 2012's Game Change and she lost to Jessica Lange's Constance Langdon. She was then nominated for the portrayals of Lana Winters (Queen), Cordelia Foxx (Supreme) and Bette and Dot Tattler (Icons).

When her name was finally announced after 5 consecutive years of losing, the world had ZERO chill.

OMG SARAH PAULSON MY QUEEN YES SHE DESERVES THIS

SARAH PAULSON WON AN EMMY AND I CRIED

Looks like we did it, kids! We single handedly saved Sarah Paulson! 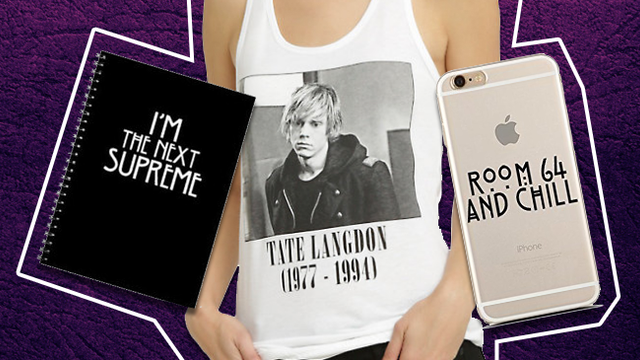