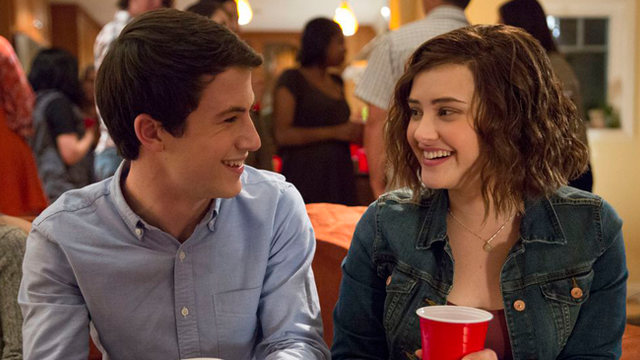 Say hello to your new faves.

What's that saying? The more the merrier? Sounds like that's certainly the case for 13 Reasons Why because they've just added SEVEN new characters to the show for season two. None of them have been made series regulars (yet) but they are expected to pop up here and there throughout the show just long enough for us all to form attachments to the most precious amongst them.

Netflix released the character names and a brief description of what type of role they will be playing. By the sounds of things, it looks like season two will focus heavily on the sporting side of Liberty High School alongside the continued storyline of Hannah Bakers' trial. So who are we welcoming to the cast? Let's have a look:

Bryce Cass will be playing a character called Cyrus, who is "an edgy, cynical mischief maker who serves as an unexpected champion of the downtrodden."

Chelsea Alden will play Mackenzie, Cyrus' sister who is "an artsy, witty girl who isn't afraid to speak her mind". You may recognise Chelsea from American Horror Story: Roanoke where she played Sidney's (Cheyenne Jackson) production assistant, Alissa.

Allison Miller will play Sonya, "a smart and ambitious young litigator" who will most likely be part of the continuing trial of Hannah Baker's case.

Samantha Logan will play Nina, "an athlete and well-respected track star at Liberty High School with a secret."

Tony-winning actress Kelli O'Hara will play Jackie, an advocate for victims of bullying. Already stanning for her tbh.

And Australian actor Ben Lawson will be playing Rick, a beloved - and hot AF - baseball coach at Liberty High School.

And there you have it. Seven new characters to start obsessing over. Is it 2018 yet?