There Is An Internet Theory That Severus Snape Was Transgender 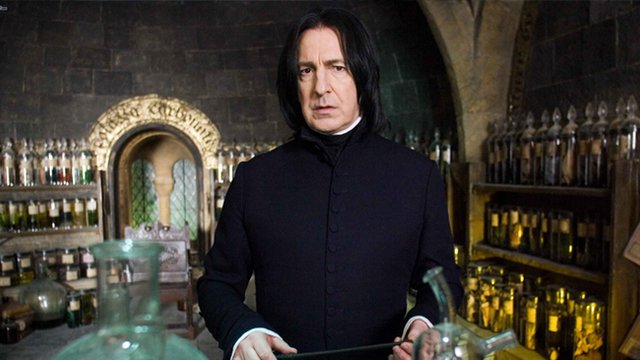 A whole new way of thinking about Snape.

The Harry Potter series is forever changing in our eyes.

20 years of parsing the original text has continued to add layers to our favourite children's book series. One such layer is a compelling theory regarding everyone's favourite Potions teacher. As Broadly reports, there is a pretty well argued theory that Severus Snape may have been a trans woman.

The theory gained a fair bit of traction in 2011 after Racheline Maltese published an essay called "Harry Potter: Severus Snape as a representation of female heroism".

In the essay, Maltese explores literary archetypes and the language used to describe the character of Severus Snape. This creates a compelling new way of considering Snape, his skills, and his experiences.

Everything from Snape's clothing choices as a child to his mastery of psychic abilities and poisons (traditionally "feminine skills") in his adult years and even his patronus (a doe), is cause to examine this character in a more nuanced light.

This work has been referenced by Tumblr user ensnapingthesenses, who runs a blog devoted to discussions and further evidence of this theory. The theory is so popular that ensnapingthesenses also oversees a Trans Snape Week during the first week of August.

The community that revolves around this theory isn't doing light work either. They have thoroughly parsed this text for indications of Snape's true gender identity and passages that reveal more about the former Death Eater. It is clearly a labor of love that might as well be a scholarly pursuit.

The original work is definitely up for interpretation and certainly illustrates a more nuanced profile of Snape than is represented on screen.