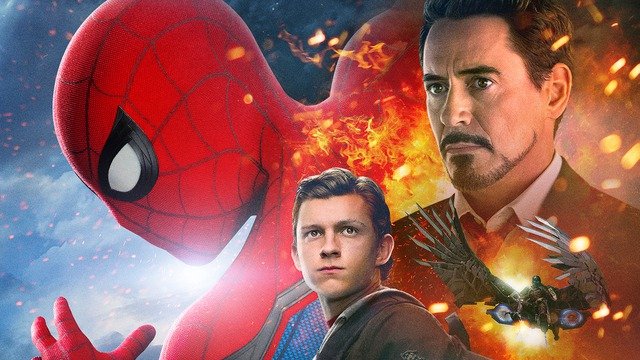 The movie event of the summer just sparked the best photoshop battle of 2017 so far...

Spider-Man: Homecoming, the latest reboot of the ever popular superhero franchise, arrives in cinemas on July 7th and, honestly, we are so ready to see Tom Holland in full web-slinging action.

How can you not be hyped for that?

But, along with the excellent latest trailer, a new poster has also been released to promote the movie and it is, well, um...interesting:

Somebody just bought photoshop and got a little too excited didn't they? So. Much. Clutter.

Needless to say, as soon as the internet noticed, they went IN. And so, a photoshop battle was born.

Check out just a few of our fave Spidey poster edits we've spotted across the web (LOL) this week:

I tried to recreate the Spiderman Homecoming poster pic.twitter.com/leP4QsvpU8

can somebody tell me why the Spiderman: Homecoming poster looks fanmade pic.twitter.com/k2B7s902on

I'll be honest: I tried to improve the very busy SPIDER-MAN HOMECOMING poster, and I no longer know where the original ends and mine begins pic.twitter.com/Sazywe9gwh

Apologies to whoever designed the original but, come on, this is all pretty funny right?

Although, we will need an answer to this question asap:

Why does Jon Favreau look like he's 75 in the Spider-Man: Homecoming poster? pic.twitter.com/FKJdhY8QCZ

Maybe it's a plot point? Who knows...