Here's Why "Split" Is Being Called Problematic By Mental Health Experts 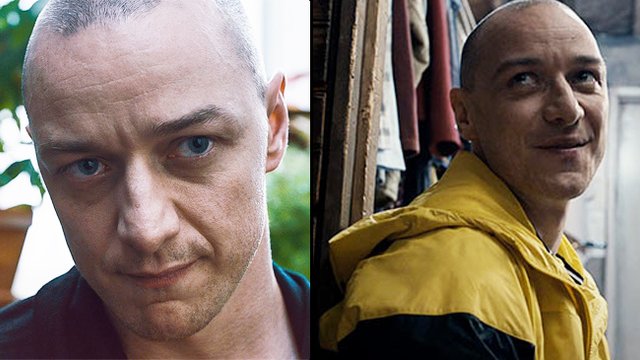 The movie's portrayal of split personalities has garnered some major criticism from mental health experts.

SPOILER ALERT - This story contains some story details around the film Split.

Split, the James McAvoy-starring horror-thriller currently tearing up the box office, has been causing some controversy among viewers due its portrayal of multiple personality disorders.

The movie revolves around the character of Kevin Wendall Crumb who has 23 split personalities as part of his dissociative identity disorder. However, given the evil connotations of the character (it's a psychological horror film in which he kidnaps three girls and, at the film's climax, is taken over by a 24th personality called The Beast, appearing to develop demon-like superpowers), many have called out the film makers for perpetuating negative stereotypes about the condition.

Award-winning psychologist Michelle Stevens published an open letter in the Hollywood Reporter this week, addressing the film's problems and calling out director M. Night Shyamalan in particular for failing to realise that "dissociative identity disorder is a real mental illness that affects millions of real people, including me."

When you and others in Hollywood make a mockery of our disorder, it’s no different than the schoolyard bully who taunts a disabled kid. Would you make a movie about a person with Down syndrome who has sick sexual fantasies? Would you pen a script about a knife-wielding killer with autism? Of course not. It’s distasteful. So why is OK to deride my mental illness?

Other experts and writers in the area have also weighed in on the issue, Charles Bramesco in The Verge stating that "It’s hard to imagine a more squarely on-the-nose example of demonizing mental illness than portraying a mentally ill man as a literal demon".

Even before it was released, Split attracted a petition via the charity Care 2, who also took the film to task over its approach to transgender and identity issues as one of Kevin's personalities is female with McAvoy donning a pair of heels and a dress. The petition argued that using these characteristics in order to provoke fear embeds negative stereotypes in society.

Commercially at least, these issues have not dented the movie's popularity, having topped the US Box Office for 2 weeks now. Plus, Hedwig, a child-like personality of Kevin's, has become a popular meme based around his misuse of the word etcetera in the movie.

Shyamalan previously addressed the controversy in an interview with Yahoo! Movies:

We’ve had no issues from people that have seen the finished film, just zero. It’s all taken in the right light, and they feel moved and honored by the way [James McAvoy] portrays the different [personalities].

But is his opinion enough to save the film from its critics?

What do you think? Is Split a fair portrayal of the disorder or is the criticism fair? Let us know in the comments below.