'Glass': Release Date, Trailers, Plot & Everything We Know About The 'Split' And 'Unbreakable' Sequel 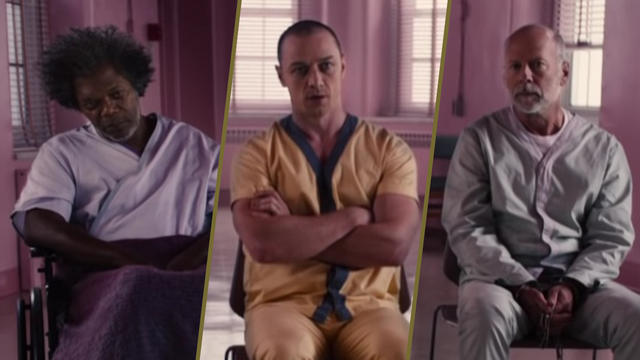 Glass is a sequel nearly 20 years in the making, so what can audiences expect from the upcoming film, what do the trailers reveal, and which new and returning characters are sure to make the film a must-see in 2019?

When is the Split sequel coming out?

The film's director M. Night Shyamalan revealed on Twitter in 2017 that Glass is slated to hit theatres on January 18, 2019.

Universal Pictures will release #Glass on January 18, 2019 all over the world. How’s that for not keeping a secret!

Samuel L Jackson is Elijah Price aka Mr. Glass, a genius who has a condition that causes his bones to break easily.

Bruce Willis is David Dunn, a man with superhuman abilities that make him "unbreakable" (ie, superhuman health and ability to withstand bodily trauma).

Anya Taylor-Joy returns as Casey Cooke, the high school student who was kidnapped and held prisoner by Kevin Wendell Crumb's alter egos. In Split, Casey is able to escape but is the only one who survived out of Crumb's 3 kidnap victims.

Audiences got to experience a first lengthy look at Glass during SDCC 2018. In the trailer, released comic con weekend, fans were given a closer look at the dynamics at play in the upcoming film.

In the first trailer for the film, we learn that Dr. Ellie Staple is studying individuals like David, Kevin, and Mr. Glass. We also see that Beast is still alive and well, following Split's terrifying ending.

Prior to the release of the trailer, the official Glass movie Twitter account shared the poster for the film. The first early visuals depict David, Kevin, and Mr. Glass, as well as their powerful alter egos.

QUIZ: Which personality from Split are you?

What is Glass about? Split and Unbreakable sequel plot details

Glass will connect M. Night Shyamalan's 2000 film Unbreakable with the 2016 thriller Split. The end of Split hinted that there was more to come for James McAvoy's character. Now, Kevin Wendell Crumb is joined by David Dunn and Mr. Glass as the subjects of Dr. Ellie Staple's study into delusions of grandeur.

Per the film's synopsis:
Following the conclusion of Split, Glass finds Dunn pursuing Crumb’s superhuman figure of The Beast in a series of escalating encounters, while the shadowy presence of Price emerges as an orchestrator who holds secrets critical to both men.

First look photos also depict Casey Cooke and Kevin Wendell back together in what is sure to be a tense reunion.

Your first look at #GlassMovie. In theaters January 18th. pic.twitter.com/Y7f734jd0I