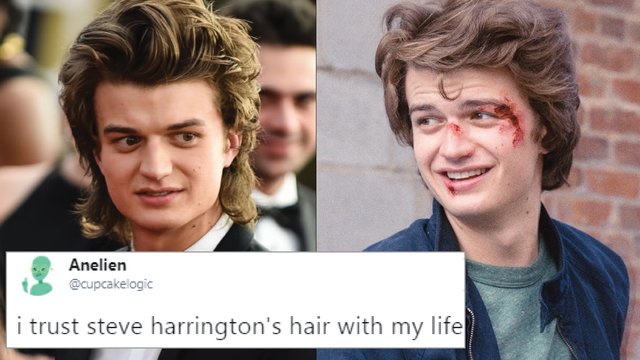 Steve Harrington's hair may not have its own acting credits or IMDb page, but it was certainly one of the breakout stars of Stranger Things 2.

In season 1 Steve had a serious coif/helmet hair situation happening.

In season 2, I am almost POSITIVE I heard Steve's hair feeding Joe Keery his script lines.

Finally, people are coming to the collective realisation they got into Stranger Things for the gripping storytelling and phenomenal acting, but STAYED for Steve Harrington's hair.

Can we just talk about how Steve Harrington’s hair is even more glorious this time around? #StrangerThings #S2 pic.twitter.com/49JLE4fQ8E

Even off-duty Joe has been known to come through with an iconic hair moment or two.

Of course, Steve ended up sharing his hair secrets with Dustin and they were as weird and specific as we'd hoped.

"It's Fabergé Organics," Steve tells Dustin. "Use the shampoo and conditioner, and when your hair's damp, it's not wet, okay? When it's damp, you do four puffs of the Farrah Fawcett spray."

tfw it's 2017 and all of Steve Harrington's hair care products have been discontinued pic.twitter.com/eGwgKkJl6B

If you see my hair looking voluminous and full of definition, just know that it's because I've adopted Steve Harrington's routine xoxo

i trust steve harrington's hair with my life

Honestly, now that Steve Harrington's hair is in our life, we don't think we can ever go back.

Tyler Posey opens up about sexual history with men on OnlyFans

Miley Cyrus says she was chased by a UFO 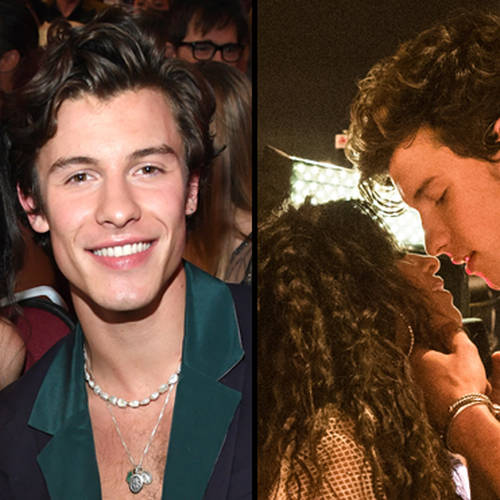 QUIZ: Only people under 21 can answer these 9 questions correctly

QUIZ: Can you match the iconic quote to the teen movie?