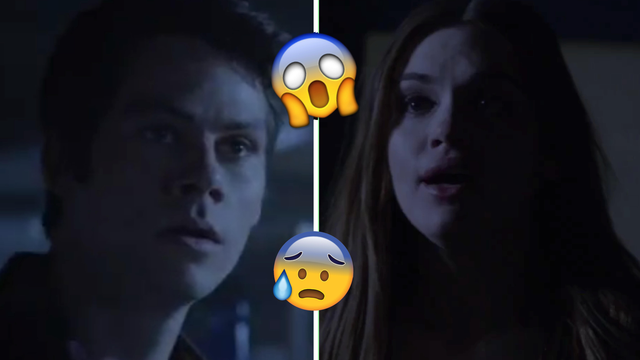 "I NEVER SAID IT BACK"

Teen Wolf fans are officially on notice for what could potentially be the departure of Dylan O'Brien from the MTV supernatural drama. While fans live in hope that Stiles is back for good, two new promos suggest the star could be set to exit with a bang.

Two previews for the winter finale of the popular show see the gang up against the Wild Hunt. Fortunately, Stiles comes through with his signature dry wit and some back up against the baddies.

O'Brien finished filming scenes for the show in December and has experienced a lengthy recovery process after sustaining injuries from filming Maze Runner:The Death Cure.

For everyone wondering the fate of Stydia, Stiles' confession looks to be getting (we hope) a suitable resolution, as Lydia addresses the moment we haven't been able to get out of our minds.

WILL STILES BE RESCUED FROM THE WILD HUNT? FIND OUT DURING NEXT TUESDAY'S WINTER FINALE OF #TEENWOLF! pic.twitter.com/GRHHAJiTfi

This could potentially be O'Brien's last episode but fans would rather die screaming than see that happen.

hope tw writers know that if they kill stiles they kill teen wolf so...stiles better not die in 6.10

I swear if they kill off Stiles I will NEVER watch teen wolf EVER again!!! HE IS THE HEART AND SOUL OF THE SHOW!!!

Fuck I think they're gonna kill off Stiles

I, personally, am leaning towards some written gymnastics for the fan favourite with a cameo in the series end. Either way, Stiles is back for the episode which airs January 31st, and there has never been more cause to celebrate in the Teen Wolf fandom.