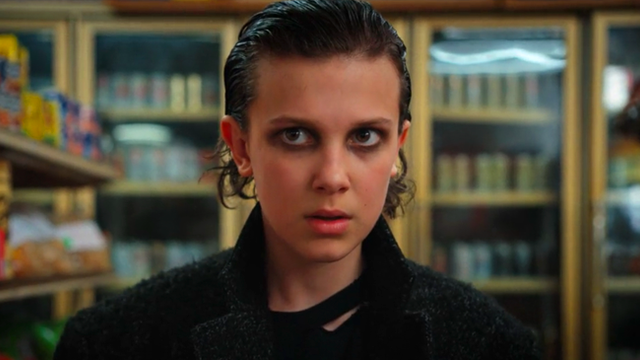 "I think we can all agree that "The Lost Sister" is officially the worst episode of Stranger Things ever."

If you've watched Stranger Things 2, you'll probably have some VERY strong feelings about Episode 7, "The Lost Sister". It's proved to be a pretty polarising episode for the internet so far with some fans calling it one of the absolute worst episodes of TV ever. But is it really? (THIS ARTICLE CONTAINS SPOILERS SO CONSIDER THIS YOUR WARNING...)

Despite taking the audience out of Hawkins for 45 minutes, following Eleven on her quest to understand who she really is and introducing us to ~ANOTHER LAB CHILD~ with a number tattoo, people absolutely hated it.

Some claimed it completely ruined the flow of the season.

The Lost Sister is the worst episode of the series! Way to ruin the flow  #StrangerThings #CurrentMood pic.twitter.com/0lHVYtnpCu

Stranger things 2 was OK. That said episode 7 was the single worst episode of TV I've seen since the Dexter finale. Holy shit was it bad.

Some thought it strayed way too far away from the Stranger Things vibes we know and love.

"The Lost Sister" has nearly killed Season 2 for me. Felt like a pointless addition to me #StrangersThings2

Some got a little tooooooooo harsh about it.

Season 2 Episode 7 of Stranger Things might actually be the worst episode of a TV series I've ever witnessed.

Episode 7 of stranger things S2 is the worst thing I've ever seen.

me: stranger things 2 is so good!!
episode 7: wow, thanks so m-
me: pic.twitter.com/OyW7WAqZ3c

But there was some positive reactions toward the episode...

To anyone who thinks "Chapter 7: The Lost Sister" is in any way a bad episode of #StrangerThings... pic.twitter.com/ckcKh2jAcm

We have to agree to some extent, it DID feel a little out of place and it definitely wasn't up to the level of the episodes that came before or after it but that's not the point. The information we learned in that one episode will be vital when season three drops next year. We now know that there are other children with powers - and they all have different powers at that. And we also now know that they could be anywhere in the United States (or even the world...), not just in Hawkins.

The episode was also instrumental in Eleven discovering how to harness her powers (which is literally the reasons she's able to close the gate in the last episode) and realising she needs to go back to her real family in Hawkins. So while it was all bit weird, it'll all be worth it in the end.

The backlash against the episode has been so full on since it dropped on Friday, the Duffer brothers have had to defend it.

“Whether it works for people or not, it allows us to experiment a little bit... Our test of the episode was we tried to pull it out of the show just to make sure that we needed it because I didn’t want it in there as filler — even though some critics are accusing us of doing that. But Eleven’s  journey kind of fell apart, like the ending didn’t work, without it. So I was like, whether this works or not, we need this building block in here or the whole show is going to collapse. It’s not going to end well. The Mind Flayer is going to take over Hawkins," said Matt.

Ross then added: “That Eleven story line overall is sort of the biggest risk we took. We’re going to continue to do risks moving forward to keep us on our toes. I didn’t want her to just magically save the day. Just like Luke Skywalker, she needed to go off on her own and learn something about herself.”

So there you have it kids, it may not have seemed like it but it WAS integral to the part of the story. Like, the ending would have made ZERO sense if she hadn't have met Kali.

And if you skip it because everyone's told you it was shit, you're a full on mouth-breather. Sorry about it.