The Reviews For 'Stranger Things 2' Are Here & It Sounds Terrifying 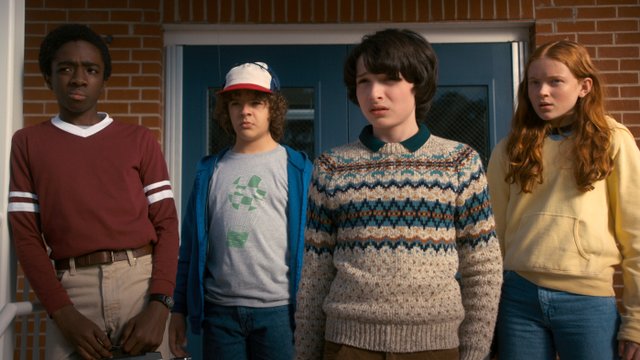 Here's what people have to say about the much anticipated new episodes of the hit Netflix series.

With only a few days left to go until Netflix finally drops the much anticipated second season of Stranger Things, some lucky reviewers have had a chance to check out all 9 new episodes and give their verdicts online.

So, what's the early word on the return of Will, Eleven and the gang? Well, it's overwhelmingly positive (thank god), with a 93% score on Rotten Tomatoes already. Plus, there are a few sneaky details we can pick out about the plot along the way.

From what we can gather so far...

- There's another huge cliffhanger at the end of the final episode to set up season 3.

- The second half of the season is particularly fast-paced and crazy.

- Will is, as you probably guessed, in the show a lot more this time around.

- It's way scarier than last time.

Here's a roundup of what the critics are saying so far about the return of Stranger Things:

Collider: "The new threat is an effectively spooky one, with Will again at the center of things. There are genuinely tense moments and a systemic expansion of that dark force’s reach into our world (I’m staying vague to avoid potential spoilers), and there are some refreshing practical effects scattered in among the CG. It is, once again, a puzzle to unlock, and many of the most satisfying moments come when our heroes start to put those pieces together. Some of those collaborations lead to fantastic new pairings, like Dustin and Steve’s unexpected alliance (those two might actually be the MVPs of the season), and some decent material finally for Lucas. And of course Dungeons and Dragons again proves to be an important roadmap into understanding new creatures of darkness."

Rolling Stone: "The new season is darker – it's a genuine horror show – but it still has that same emotional power and a mundanely empathetic sense of grief and loss...For all the geek bravado of Stranger Things, it's that sense of trauma that makes it something special. The adults can't protect the kids from this pain, even as they silently grieve their own losses, as in Sherriff Hopper's sad back-story of losing his daughter to cancer. Everybody in this story has seen people die or disappear for no good reason, and no matter how bravely they search for answers, sometimes the answers don't come."

Den Of Geek: "The moments of horror will induce screams, the tender scenes will elicit tears, and the sense of fun in the carefree '80s remains strong. And of course, the ending will give viewers plenty of puzzles and hanging threads to discuss endlessly."

Daily Telegraph: "The usual teenage camaraderie and humour is there, but Duffer brothers have ramped up the horror. After what is a fairly benign opening episode, the sinister tension and the gore (though mercifully still on the right side of too much), drips and then flows. To any who may be wondering if this season is scary, the answer is a resounding yes."

USA Today: "The new season is often more engrossing and tense than the first, and veers much further into the horror genre. There's a noticeable uptick in jump-scares, and the threat of death is more palpable. A midseason episode that finds several characters running from a threat in a locked building is tense and genuinely terrifying...Overall, the new season has a stronger character focus, and some of the supporting roles from Season 1 are fleshed out to great effect, particularly Lucas, Dustin and Steve (Joe Keery), who may end up being the fan-favorite breakout of the year (sorry, Barb)."