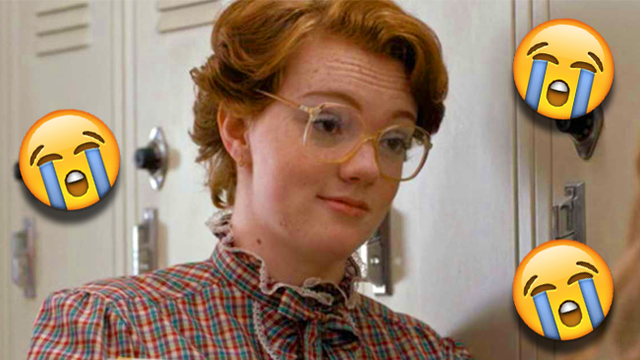 It's been a fair amount of weeks since Stranger Things dropped on Netflix. We've already re-watched it 11,000 times - each time trying work out just who Eleven actually is while seeking closure for Barb's apparent untimely demise.

Oh, Barb. We've been promised #JusticeForBarb time and time again, first by the Duffer Brothers and then by Lucas and Dustin themselves but what exactly does this "justice" entail? Because in our eyes, Barb deserves her damn life back!

Sadly, it looks like she's not going to get the justice she truly deserves. Police Chief Hopper (David Harbour) stopped by The Tonight Show with Jimmy Fallon a few nights ago to discuss the show - and his role in Barb's unanswered fate.

Yep, it's been confirmed by the only sane, trustworthy adult on the show - Barb is "fully dead".

As if that twist of the knife wasn't enough, he even implied that Will, the irresponsible child who got himself kidnapped by the Demogorgon, was more worthy of his help than innocent, precious, pure, light of our lives Barb. Chief, there were two of you in the Upside Down... you could have saved both of them and you know it. He said:

"Shannon [Purser] is amazing, but the character’s in like two episodes, barely. And the internet rage at Chief Hopper over not caring about Barb?! I’m sorry, I have a little boy I have to save!"

Ohhh, there's that pain again... the knife going straight through our hearts.

Well on that note, we think it's finally time to let go of the dream. She will, one sunny day in 2017, get her justice. Peace out, Barbara.