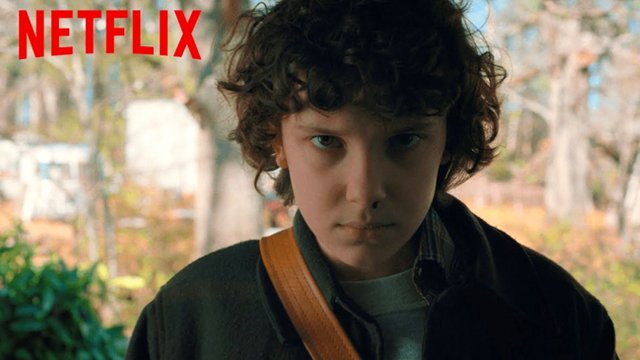 When, where and how to watch Stranger Things season two.

Stranger Things season 2 is finally upon us and we're so excited we are literally throwing up slugs in anticipation. Season one left us with a lot of unanswered questions. Is Eleven alive? Will we ever see the Upside Down again? Will Barb even get the justice she deserves? Our brain is exploding just thinking about it.

To help you avoid frantically searching the internet for release dates and season 2 deets, we've put all the relevant information about future episodes in one handy place. If you want to send us eggo waffles to say thank you that’s perfectly ok with us.

What date is Stranger Things Season Two out on Netflix?

The Stranger Things season 2 release date is 27th October, which is a Friday so you'll have the whole weekend to enjoy the show. It's also four days before Halloween. Perfect timing.

What time will it be out?

If other Netflix shows are to go by, Stranger Things is expected to drop at 8am in the UK (GMT) and at midnight on the US west coast (PT). Update: it's out now.

What channel is Stranger Things on?

How many episodes will season two have?

There will be nine episodes in the second season - one more than the first but about 100 less than we had hoped for.

What are the episode names for season two?

The show's creators, the Duffer Brothers, have only confirmed six episode titles so far, with the final three wrapped in total secrecy (why are they like this?)

What will happen in season 2

Season two will be set in 1984 - one year in the future. The Duffer brothers have previously stated that they wanted the kids to grow with the series - like Harry Potter - and that would mean pushing timelines along to fit with their IRL appearances. David Harbour had this to say when asked what would be happening in the second season: “It’s a year later in the story, so there are several things that happened last year — like Will has come back — there are certain people in the town that know what happened, and then certain people that don’t know what happened. So there’s a lot of fall out with who knows what.” For the most part, absolutely no one, except the cast and crew, will know until it hits Netflix on Oct 27th.

Here's where to buy the 'R' hats from Love Island

Netflix are adding 21 Studio Ghibli movies to the platform

Tana Mongeau will be a Featured Creator at VidCon London 2020