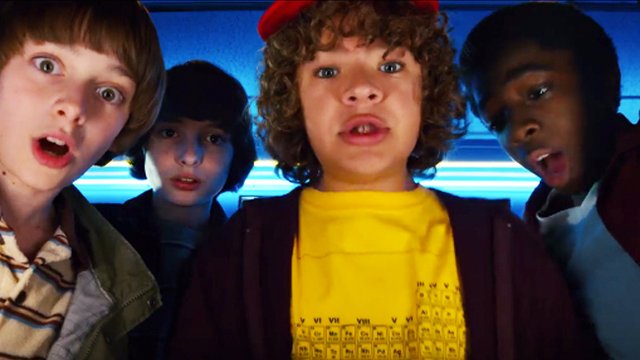 After the season 2 trailer dropped, fans have begun formulating ideas about what exactly is going on with that monster in the sky...

Stranger Things fans are having a great week following the debut of the first footage of the show's second season at San Diego Comic Con ahead of the new episodes arriving on Netflix in October.

However, a new fan theory posted online this week has blown our tiny Eleven-loving minds and opens up all manner of questions about the show.

The theory, reposted over on The Wrap, believes that the Upside Down may not be the mysterious place we think it is but actually a glimpse at the future of Hawkins itself:

"One suggestion: it's not another dimensions, it's Hawkins' future. The supposition is that, somehow, Eleven tore a hole in the space-time continuum, allowing bits of a potential future to flow into Hawkins to create a time loop. The future she's seeing? It's Hawkins after the site has been nuked by the U.S. government to stop the giant mutant creature from the teaser, and the Upside Down."

Damn, that is some seriously dark stuff right there!

Yes, that giant creature in the sky looks pretty ominous but do we think the government will end up taking that level of action? It's certainly a possibility and would make the multiple timelines expand the show's scope massively and ensure that future episodes don't retread the territory of the first season.

What do you guys think? Could we be about to get some time-travelling from the kids of Hawkins? Let us know over on Facebook.