Did Strangers Things "Steal" Their Theme Tune From This Musician? Listen And Decide... 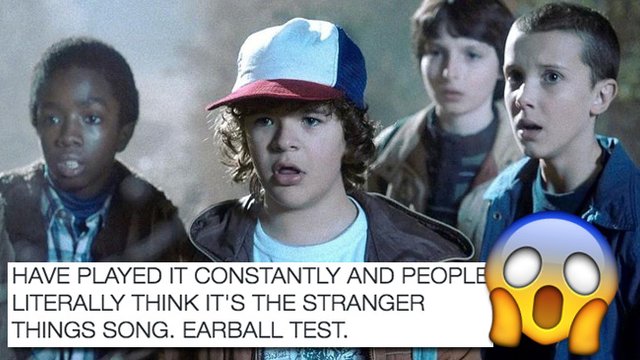 One Twitter user has uncovered a track by Cliff Martinez that sounds pretty damn familiar...

The musicians behind the theme song for Netflix hit Stranger Things have been called out online after a very similar sounding track was uncovered on Twitter.

NME reports that Cliff Martinez's song 'Wanna Fight', which was included on the soundtrack to the 2013 film Only God Forgives, has been gathering attention across social media after popular Twitter account @FilmCritHulk pointed out the similarities between the track and Kyle Dixon and Michael Stein's Netflix theme.

The two volumes of the Stranger Things soundtrack are both currently nominated for 2017 Grammy Awards in the Best Score Soundtrack for Visual Media category.

But does Martinez's song really sound like the hit theme song?

Listen to both songs below and judge for yourself: