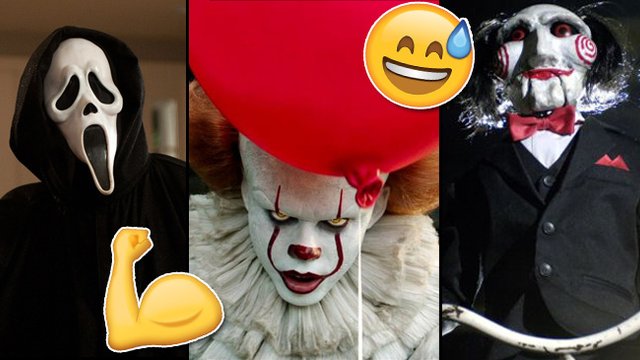 Turns out watching something scary can help you work up a pretty decent sweat!

Finally, we have proof to back up what we have always claimed - watching movies is just as good as doing exercise. Just so long as you are watching something properly scary.

A study by the University Of Westminster claims that watching a 90 minute horror movie can make you burn an average of 113 calories which is roughly the same as a 30 minute walk. Great news, especially as a Netflix subscription is definitely cheaper than a gym membership.

The study was originally commissioned by LoveFilm back in 2012 but resurfaced online over the last couple of weeks, persumably as people tried to figure out an easy way of working off all their Halloween candy.

So which scary movies work best? Well, in at the number one spot was Stephen King's classic The Shining which had the highest rating, with participants burning up to 184 calories.

Number two was Jaws with 161 calories with The Exorcist in third place with 158. Other classics like Alien, Saw and A Nightmare On Elm Street were also tested in the study.

Dr Richard McKenzie explained some of the science behind the study and why we appear to lose weight through fear:

"As the pulse quickens and blood pumps around the body faster, the body experiences a surge in adrenaline. It is this release of fast-acting adrenaline, produced during short bursts of intense stress (or in this case, brought on by fear), which is known to lower the appetite, increase the basal metabolic rate and ultimately burn a higher level of calories."

The 'Top 10 Calorie-Burning Horror Movies' were: