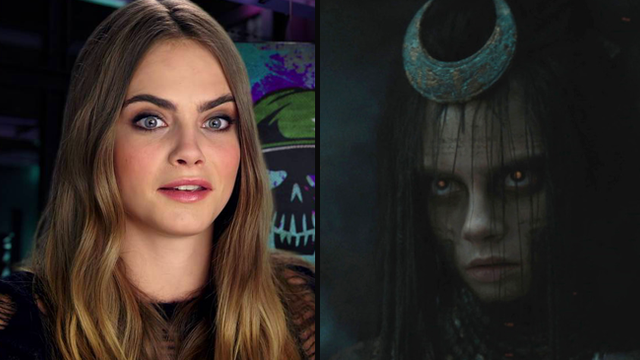 It's been almost a year since the film was released to a less than thrilling reception and controversy has followed it around ever since. So what the bloody hell has happened now?

Imageworks just released a short clip detailing the incredible skill that went in to creating the visual aspects of the anti-heroes' world and appearances but fans couldn't help but notice the alterations made to Cara's character.

In the video, you can see real Cara painted up as Enchantress, acting in real time. Then the clip cuts to the final version you see in the film. Judging by the footage, it appears as though Cara's stomach has been smoothed out and flattened, and her overall shape has been altered to make her appear thinner in post production.

Need another look? The full body shot doesn't appear to have changed at all but the close up? Take a look and decide for yourself.

It's not the first time Suicide Squad have been called out for photoshopping stuff either. Back in the summer, they were dragged for editing Margot Robbie's Harley Quinn hot pants.

So, whaddya reckon? Obviously, it's going to take a lot of CGI-ing and visual effects-ing to turn human Cara into a super-human fantasy villain so let's all bare that in mind but either way, it's not great is it?