'Supergirl' Might Be Ending The 'Sanvers' Ship & This Is Why 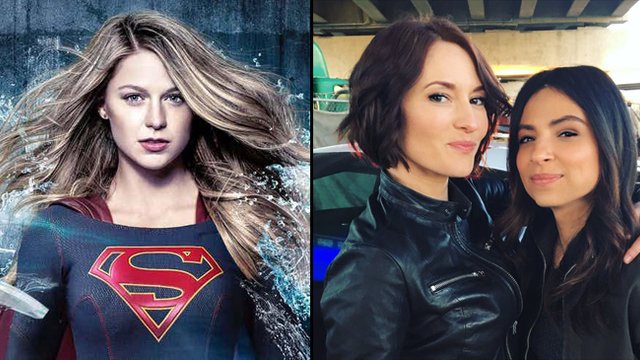 Fans were left concerned after star Floriana Lima announced she won't be a series regular for the show's upcoming third season.

Fans of The CW's superhero series Supergirl have been pretty worried about the status of Sanvers, one of the central ships of the show, since it was announced that star Floriana Lima will no longer be a series regular.

Lima, who plays the role of Maggie, has been at the centre of a key relationship with the character of Alex, played by Chyler Leigh, praised by fans and critics alike for such a positive portrayal of a same sex couple on a network television show.

But, with Lima soon set to leave, what does that mean for the super couple? Well, showrunner Greg Berlanti spoke to Entertainment Weekly about upcoming plotlines and gave away a few details:

"I don't want to say too much about the story aspects of it, but we got into it wanting to tell the story of Alex because she was a lead on the show and no matter what, we want to continue exploring Alex's romantic life. We get to do it in as much as actors want to come play and work with us as much as we can. It’s obviously been a really successful element of the show. We love telling the stories."

Lima is departing the show for other projects but, Berlanti promises they will make as much use of her character as possible in the meantime:

"I think [Floriana is] wonderful on the show, and she’s got some real ardent fans, and she should. Of course we wanted more of her, but she’s got other things in the hopper and other things she wants to consider. We’d love to have her back as much as possible."

Supergirl's third season begins on The CW on October 9th.