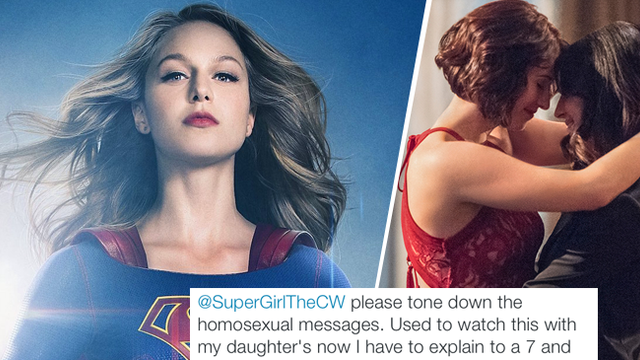 "Explain to them that love is love and it's beautiful no matter where you find it."

If you're not watching Supergirl then what are you doing? It's EASILY one of the best superhero TV shows on the box right now. In fact, the show has just broken new ground by introducing a same-sex couple - a huge and important move in the world of mainstream Superhero shows on major US networks.

But not everyone is on board with the progressive views of Supergirl. A few weeks ago, a girl got homophobic abuse while on board a plane after another passenger didn't approve of her watching the show.

Yesterday (Jan 25) a viewer sent a tweet to - what they thought was - Supergirl's twitter account and got more than they bargained for when the fan account replied with one of the most eloquent clap backs of all time.

The tweet in question came from viewer Taron Young, who mistook a Supergirl fan account with the show's official @ handle. 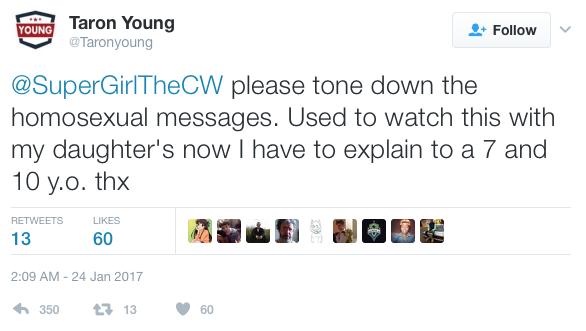 And the clap back that the account issued was so great we almost had to put our phones down and clap. 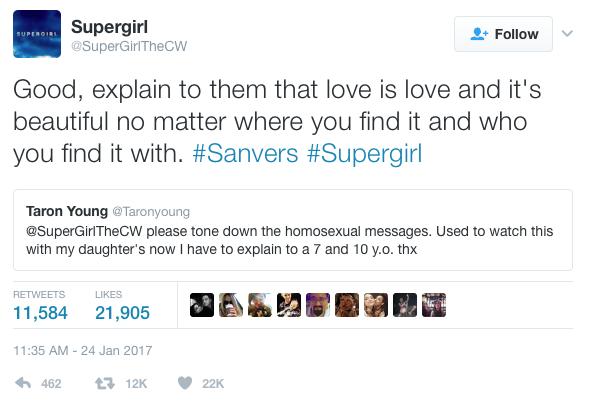 The tweet soon went viral - mainly because everyone thought it was a reply from the official account - and currently has over 11k retweets and 22k faves. The replies to the tweet were just as positive and inspiring, with many agreeing with the fan account's response.

@SuperGirlTheCW It's easy to explain to a child that two people love each other. It's hard to explain why you hate them for it.

@SuperGirlTheCW I let my 5yo son watch a bit of the episode & he didn't bat an eye at #Sanvers. Because there's nothing to bat an eye at <3

Now all we need is for the official account to throw a little RT their way. #Sanvers