Supernatural Just Got Renewed For Season 12, Grab Your Holy Water! 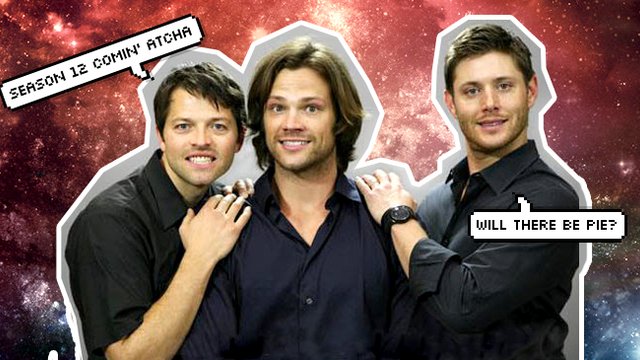 In case you missed the good news, Supernatural just got renewed by The CW for a record breaking TWELFTH SEASON! Yup, it's the longest running show on the network OF ALL TIME. And obviously, there are only TWO possible reasons for this... 1) the fandom, and 2) Jared Padalecki's jawline.

Here's the news confirmed by the official Supernatural spokesperson.

.@TheCW feels 11 seasons is inadequate to tell the story of #Supernatural. So... They've picked up the show for a 12th season. #CarryOn!

SO YOU KNOW WHAT THAT MEANS GUYS?

And more of this.

Some more of this.

A whole bunch of this.

Potentially some of this.

Probably some of this.

More of this always.

OUR BODIES ARE READY TO BE POSSESSED.