"Supernatural" Is Getting Another Spin Off Inspired By Actual Fan Fiction 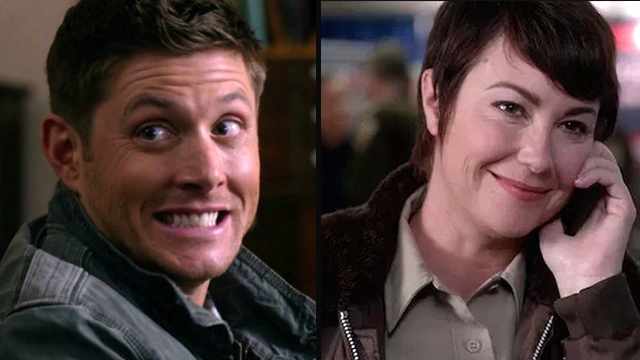 You grab the salt, we'll get the Holy Water.

Sound the alarms! There's another Supernatural spinoff happening and this time, it's actually the one we all wanted and deserve. Step aside Sam and Dean and make way for a bunch of kick-ass female hunters because what essentially started as fan fiction has almost come true. Kids, say hello to Wayward Sisters, your new favourite TV show.

The new series will be focused on Sheriff Jody Mills and feature a bunch of girls who have all been orphaned by some kind of supernatural tragedy. They'll be mentored and trained by Jody and they'll become the show's ultimate hunting squad. The show will get its first "episode" in the form of a backdoor pilot episode in the thirteenth season of the flagship show.

The original Wayward Daughters started as a fan idea for a spin-off which then transformed into an online movement about female empowerment, diversity amongst the Supernatural characters and female fans of the show supporting each other. While it's not ~exactly~ the Wayward Daughters spin off that the fandom have been so passionate about, it just goes to show how important fan opinions and ideas about the show can have an effect.

Kim Rhodes, who plays Jody Mills, took to Twitter to thank for fans for essentially putting this whole concept out into the world.

1/? YOU did this. Your voices. Your presence. Persistence. Resistance. Joy. Rage. LOVE. You ARE DOING this. #WaywardSisters

3/3 There will never be enough ways or words to thank you. But I promise to try as long as I have breath. #WAYWARD #WAYWARDSISTERS

And the fandom and fellow cast members are shook too.

THE FLOOR IS THE "WAYWARD SISTERS" SPINOFF pic.twitter.com/9KRIcD7m9q

A movement that started with women seeking representation and showing their presence in fandom resulted in a spinoff. #WaywardSisters

Wow Wayward Sisters has just been announced and the fanbase has already accepted it! That's what happens when you use meaningful characters!

Finally! Congrats, @kimrhodes4real... Can’t wait to see you kickass women showing us all how “badass hunter” is really done! https://t.co/z0tGFiongp

THE POWER OF THE INTERNET!