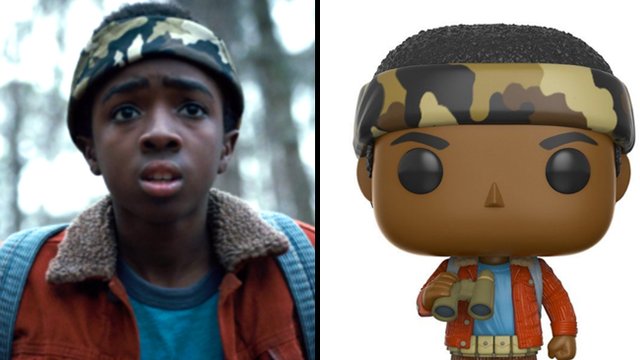 How is this OK?

People are calling out Target for a recent advert promoting Stranger Things Funko Pop dolls which featured all the main characters except Lucas, the only African American main character in the show.

In the advert, which you can see below, dolls for the other main characters such as Eleven, Mike and Dustin are all present while Lucas is not shown, despite having appeared in every episode. However, the advert does include characters with significantly less screen time than Lucas, including Barb who was only in two episodes.

Given that Lucas, played by Caleb McLaughlin, does have a Funko Pop doll made in his honour, and the rest of the main cast are present in the advert, people are questioning why Target decided not to use Lucas in the ad.

MISS BARB HAD 2 MINUTES OF SCREENTIME AND LUCAS WAS IN EVERY EPISODE ?? pic.twitter.com/yIEWHYvBhH

Excluding black people from advertisements...what's the word to describe that again?

the only black kid on the show who also happens to be a main character isnt here but barb and the monster are... this is qwhite interesting https://t.co/WhTt4RXPLD

It’s weird bc they have a Lucas pop figure??? Why wouldn’t they show it :// pic.twitter.com/m76yZ6hmNv

Not impressed. At all.

Thank you. There are whole ass people who’s only job is make the products in a shoot visually appealing. Says a lot that Lucas is missing. pic.twitter.com/OSfYyeqnAv

Imagine how Caleb must feel too.

@Target, my 9, 8, & 7 year old sons @Stranger_Things! This ad is painful! Where is Lucas who looks like my kids & who they adore?! pic.twitter.com/8ZjIdUN6n3

Target responded to the controversy two days later, apologising for "leaving the character out".

Thank you for bringing this to our attention. It was never our intent to leave characters out. We have updated our website.

In all likelihood, this was just a thoughtless oversight by Target but it does speak volumes about their commitment to diversity that they wouldn't have even considered how this ad might be perceived by customers. It's clearly time for Target to wake the f**k up and get with the times.