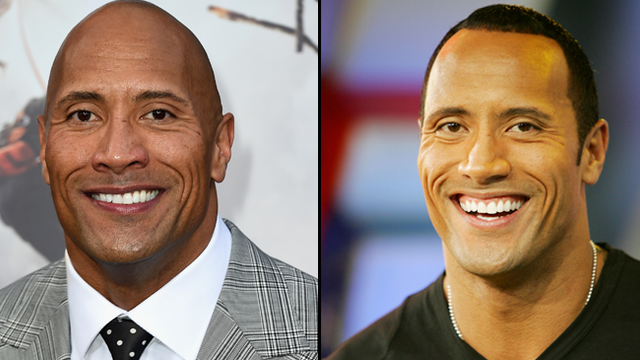 It all makes sense now.

As we all know, The Rock and Dwayne Johnson are the same person. The man who once started out as a wrestler on WWE grew into a glorious bonafide movie star and our lives have been blessed ever since. But the internet is trying to convince everyone otherwise.

It all started with this meme.

Now people are tricking others into believing that The Rock and Dwayne Johnson are two different people. And they're falling for it.

I fucking love becky so much pic.twitter.com/GQt0sVzBDb

And it's caused SO MANY OTHER PEOPLE to come out of the woodwork and admit they thought the same thing - and we're screaming.

micayla really believed that dwayne johnson and the rock were twins....

Siobhan thought the rock and Dwayne Johnson were different people, needless to say I broke up with her

My sister just asked me, "Dwayne Johnson and the Rock are twins? No way." pic.twitter.com/akI9Onvlba

Now people are out on Twitter trolling the masses, trying to catch out anyone else who believes the #FakeNews.

The Rock and Dwayne Johnson are so similar looking it's scary

ever noticed how dwayne johnson looks awfully similar to the rock

Still can't believe The Rock and Dwayne Johnson are brothers

Can't believe we never saw the similarities before tbh... they look so alike.

I know I'm not the only one who thinks Dwayne Johnson looks like the rock pic.twitter.com/3WiB8IJfzM