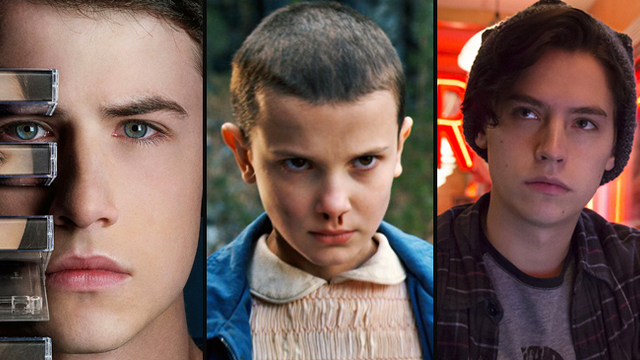 We low-key bet you're not watching it either.

While you were sitting in your room binge-watching and freaking out over Riverdale and 13 Reasons Why, the most popular Netflix show in the world was revealed and we bet it's one you weren't expecting.

The research was carried out in a study by highspeedinternet.com, who took into account Netflix-related searches from Google Trends data alongside the most searched shows on Netflix. The results were broken down by country but they found out one very clear majority winner across the globe.

And it turns out that the world's most popular show on Netflix is... Sherlock.

But what did it beat? Well, the study also ranked the top five most popular Netflix shows in the world and we bet you've binge watched all four. Friends came in second followed by Narcos, House of Cards and then New Girl.

In the US, the most popular show was Shameless. In the UK, that honour went to Call The Midwife. Brazil are currently stanning for Pretty little Liars. Grey's Anatomy is big in Israel and everyone in El Salvador has been binge-watching American Horror Story. Not a single fan of Stranger Things in sight.

A few weeks ago, it was also revealed that 13 Reasons Why had become the most talked about show on Netflix on social media with a whopping 11 million tweets after just one month on the streaming service. Funnily enough, we also tweeted 11 million times waiting for Clay to FINISH THE DAMN TAPES.