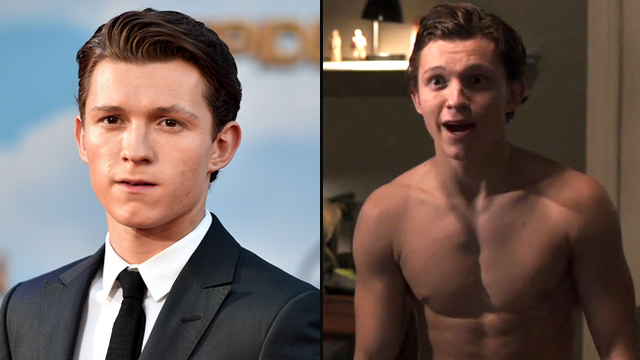 It's ok... he's not actually as young as you think he is.

If you - like us - have been to see Spiderman Homecoming and are now coming to terms with your sudden and absolutely devastating crush on Tom Holland, you'll have probably experienced something that we at PopBuzz HQ are now calling 'The Tom Holland Panic'. You know... that split second where you have to frantically google him to find out if he's of an appropriate age?

Listen, it's happened to the very best of us. Tom KNOWS he looks young and he does play a pretty convincing 15-year-old in the movie after all. But if it makes you feel any better, literally EVERYONE is having the exact same thought.

Pretty sure 75% of my theater took out their phones to look up Tom Holland's age 20 minutes into the movie.

The first thing I did after watching #spidermanhomecoming was google Tom Holland to ensure I didn't have a crush on an actual 15 year old.

How old is tom holland? Is he to young to have a crush on? I'm not used to this 25 thing. Let me know what age is creepy pic.twitter.com/JfDHtaW2qv

To save you from you inevitable 'Tom Holland' panic, we can confirm (via our completely reliable source, Wikipedia) that he is in fact of an appropriate age to have a crush on. Tom was born in 1996 and his birthday is on June 1st making him 21 years of age.

Around the world, everyone over the age of 18 breathes a sigh of relief. "Oh, thank god. Tom Holland is 21."

Me to me after verifying Tom Holland's age every time I forget pic.twitter.com/I8fNqJpIN1

So there you have it. Hilarious. Ridiculously talented. Best Spiderman of all time. Is very good at dancing. And old enough to crush on. CRUSH AWAY, LADS!