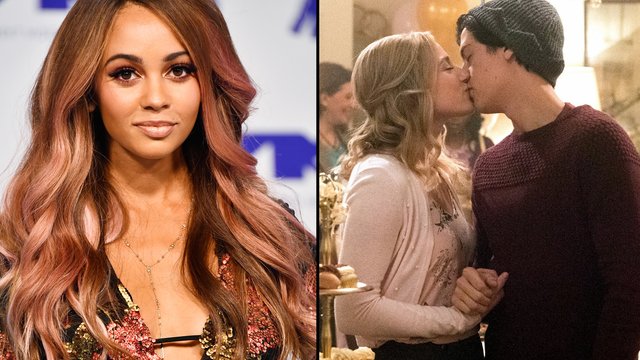 All of this over Bughead?!

We're all hype for Riverdale season 2. There will be new storylines, new drama, and, perhaps, some new love interests to spice things up. Earlier in the year, Riverdale showrunner Roberto Aguirre-Sacasa teased a newcomer, Toni Topaz, and hinted that she may be a potential foil for Bughead.

Canadian actress Vanessa Morgan has since taken on the role of Toni Topaz, but it seems that she hasn't had the warmest reception from Bughead shippers.

Vanessa Morgan just revealed something pretty scary about how people have been reacting to her new role. In an interview with Glamour, Vanessa opened up about receiving death threats over her Riverdale character.

"I’ve already had some death threats," she says. "But the thing is, it's half death threats because they don't want that [actually] happening, and there's half that's just all love. Who knows if [my character coming between Bughead] is even going to happen. People are just jumping to conclusions."

This likely has to do with the big changes that are coming to Riverdale in season 2. Jughead is off to a different school and he's potentially getting involved with the South Side Serpents. Toni Topaz is a friend from his new life who could potentially cause some friction between Juggy and Betty.

Either way, these are all fictional characters from a television show and no one should receive death threats over an acting job. On top of that, we're talking about episodes that haven't even AIRED yet. Can we reserve the drama for after the autumn premiere?

It can be pretty traumatising to receive these kinds of threats, so we hope Vanessa is okay. For now, let's all try and remember that actors are NOT the characters they play on TV.