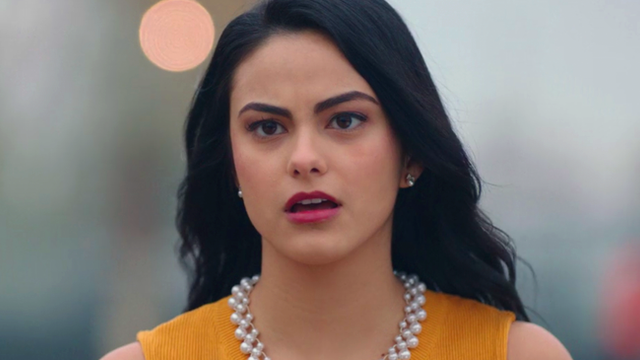 Hiram Lodge and Toni Topaz aren't the only two new faces we'll be seeing in Riverdale come October 11th. Veronica's ex-boyfriend has now officially been cast and he's about to test the beloved Varchie ship.

As revealed during Riverdale's Comic Con panel back in July, Nick St. Clair (Veronica's ex-boyf) who hails from New York will be making an surprise appearance in season two and his unwanted return will send V into a dark and twisty spiral.

As for who will be portaying him? The potentially problematic Nick will be played by Graham Phillips, aka Zach Florrick from The Good Wife and who you may have also seen in Netflix's original movie XOXO.

According to show runner Roberto Aguirre-Sacasa, “Nick is an old classmate of Veronica’s from New York, and despite his parent-pleasing veneer, he is a wolf in sheep’s clothing: a hard-partying Lothario with dark desires and an unchecked sense of privilege. His arrival in Riverdale will threaten Archie’s relationship with Veronica, and may even put some of our characters at risk.”

Ummmm, put some of our characters at risk? I THINK TF NOT!

During Comic Con, Aguirre-Sacasa and Camila Mendes revealed a few details about what Nick would be getting up to in Riverdale and it sounds like Nick will be the deserving victim of another girl squad revenge plot ala #JusticeForEthel in the third episode of season one.

“Episode 205, let me just say, is a really big ‘girls sticking together’ [episode]. This Nick St. Clair guy, the ex-boyfriend that comes into town, he does some really bad things. And it involves Veronica and Cheryl. And because of that, it brings all of the girls together to kind of fight it. It’s kind of in the same light as episode 3 in season one," said Mendes.

Do your worst, Nick St. Clair.