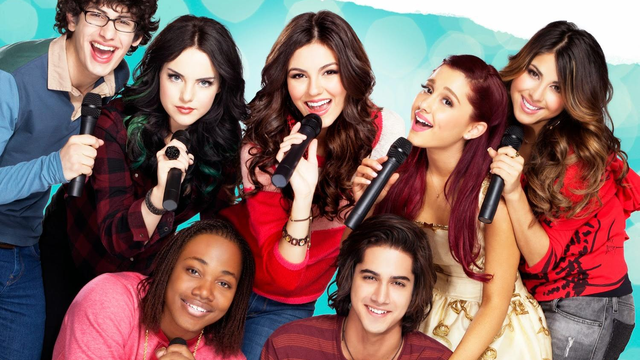 This reunion needed to happen the day 'Victorious' was cancelled.

It's been a while so, naturally, this seems like the perfect time for the cast to officially reunite onscreen. According to Elizabeth Gillies (aka Jade West), the cast is totally down for an onscreen reunion and we seriously hope this happens.

Elizabeth told TV Guide that the cast is still super close and even have a group chat going. "Yeah, I'm down. We're all down," she said, referring to a potential Victorious reunion.

The show's stars have come a long way in just four years but it's good to hear that they're as close as ever.  "They will be my friends forever...We're very close [...] [The show] ended four years ago and we still are as close as ever so it's beautiful. I [have] only positive memories from that show."

The main issue with reunion shows is that it's often difficult to get an entire cast interested in appearing onscreen together again. But, it sounds like that won't be a problem for the cast of Victorious.

I'm no expert on these things, but a five year anniversary special in February 2018 sounds like a solid idea, no?

Nickelodeon, if you're reading this, you gotta give the people what they want. 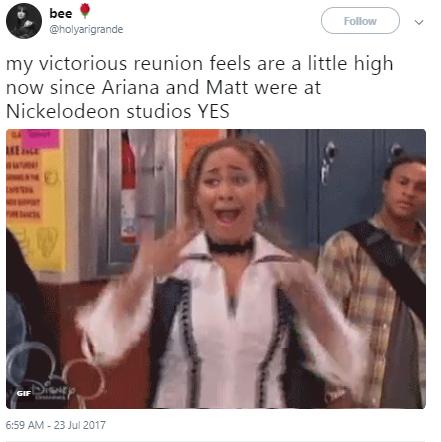 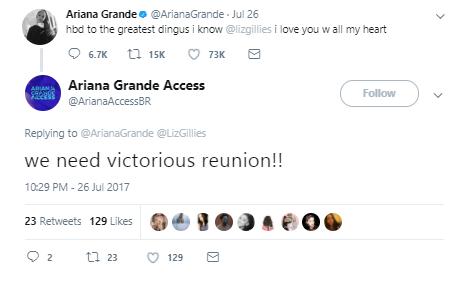