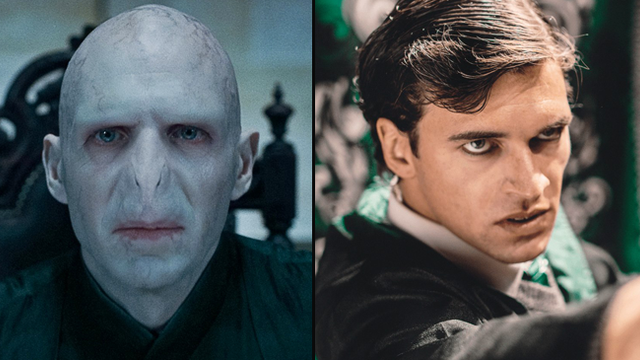 Ink me with a Dark Mark and sort me into Slytherin - I am HERE FOR THIS.

Forget about Fantastic Beasts for a sec, a group of filmmakers have just dropped the trailer for the Harry Potter prequel we all want and deserve and it looks absolutely riddikulus. (In a good way!)

Voldemort: Origins of the Heir is a non-profit fan made movie, inspired by the Harry Potter universe. The story follows original character and "heir of Gryffindor" Grisha Mc Laggen (it's unclear if she bares any relation to Gryffindor Cormac McLaggen) as she investigates the death of Hepzibah Smith, who died at the hands of dark magic.

After suspecting Tom Riddle as the culprit, she sets off on a mission to stop him once and for all. Except, we already know that she fails at that... Watch the trailer below.

The film and script are completely 100% unofficial of course, but according to the filmmakers, Warner Bros. have given the production company permission to go ahead and release the movie on YouTube.

Although the film draws on many familiar characters and backstories from the official universe, the story isn't officially canon. But until JK Rowling puts pen to paper and comes up with a complete backstory for the infamous Tom Riddle and his obsession with dark magic, we'll take whatever we're given.

Voldemort: Origins of the Heir is due to hit YouTube at the end of 2017.