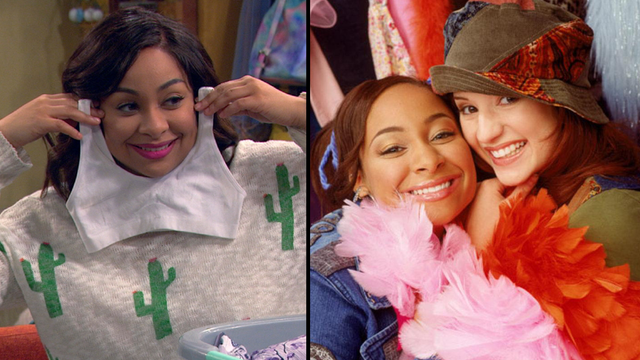 Raven and Chelsea are single mums and it's just like the old days.

Chances are that, if you're under 30, you probably grew up with the likes of Raven Baxter, Chelsea Daniels, and Eddie Thomas on your TV screens. That's So Raven was the successful Disney Channel comedy that ran from 2003-2007, and now it's returning to TV...sort of.

The Disney Channel is paying homage to the golden age of kids programming with a Raven-Symoné spin-off called Raven's Home. We've known the show was in production for a while now but, brace yourselves, a teaser trailer has arrived.

Eddie is fully out of the picture, but Raven and Chelsea (Anneliese van der Pol) are back as single mums raising tween children. Chelsea joins Raven and her twins (Booker and Mia), all under one roof, as a single mother raising a son (Levi).

Raven can still see into the future and there is no shortage of slapstick comedy. However, it's unclear whether one or both of her children share her psychic abilities. It's also unclear whether Raven's parents or brother, Cory, will make an appearance.

The That's So Raven spin-off premieres on the Disney Channel July 21, 2017, so there's a good chance we'll be taking a break from our Netflix binge sessions to see what all the hype is about.