We FINALLY Know Who The Clowns Are On "AHS: Cult" And Here's Who Is Playing Who 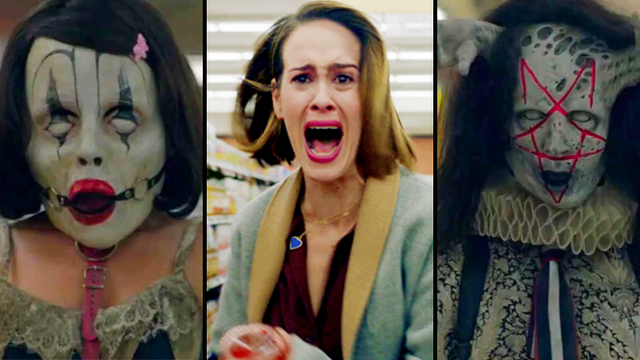 So many clowns, so little time.

We finally know who the people are behind those terrifying masks on AHS: Cult. We thought we'd be clinging onto our own theories until the very end of the season but the latest episode just spilled the tea on everything and we'll never be able to sleep again thinking about the betrayals.

During episode four, we found out that Kai had recruited three new members to his cult on the day after the election: Meadow, Harrison and Beverly. We were starting to get a little insight into his crew, the real identities behind each clown seem to be coming clearer and clearer. Then, in episode five, the whole cult was revealed. Harrison, Meadow, Detective Samuels, Beverly, RJ the cameraman, Winter, Kai and... Ivy.

So here's they are, all the members of the cult and who is playing them behind the masks. Oh and some of the clowns don't officially have names yet so we've graciously decided to bestow our own nicknames on them... enjoy! 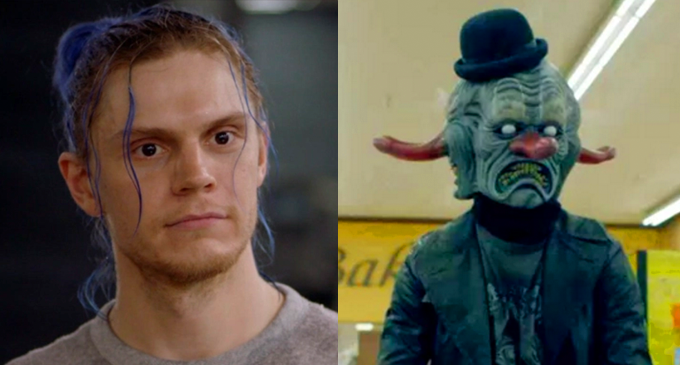 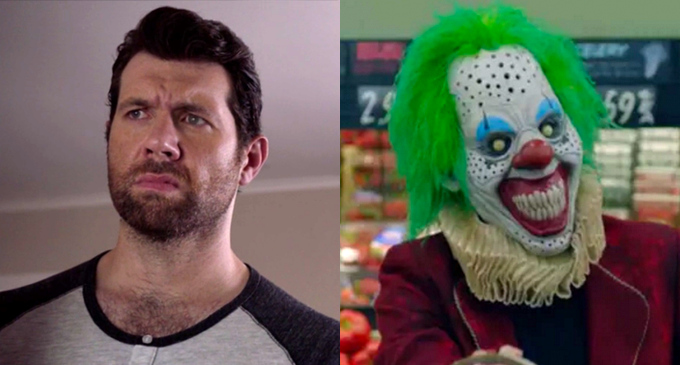 This dude is the tallest of all the clowns and, coincidentally, happens to be the same height as Harrison (Billy Eichner, who is 6ft in real life) and his mask features tiny little holes, just like the honeycomb in Harrison's beehives. This is also the same clown Ally saw having sex right in front of her watermelons at the grocery store with another male clown... obviously Harrison. 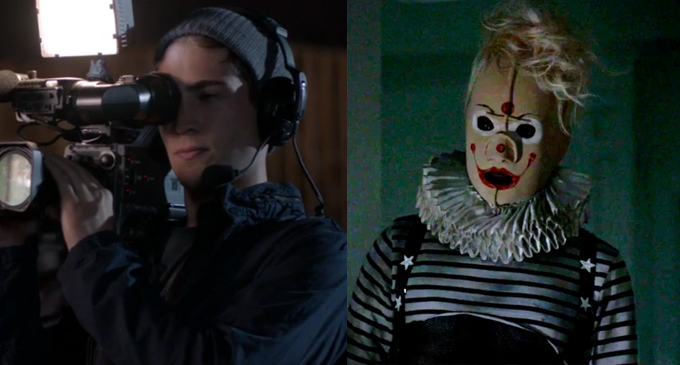 Ballgag (That's actually her name, we didn't make that one up.) 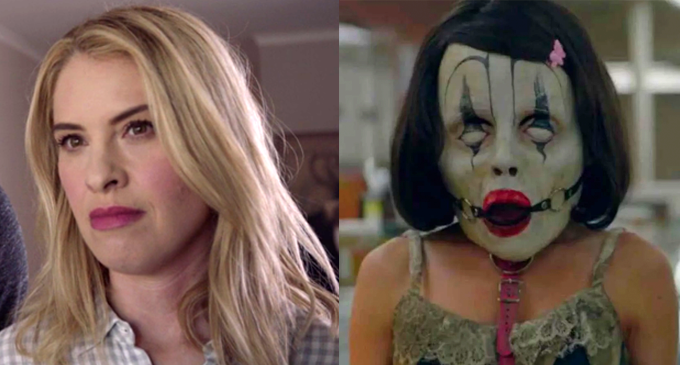 Kai recruits both Meadow and Harrison to the cult at the same time. Later, Ballgag and Holes are the two clowns that show up with Triple Dick when Serena gets murdered. So it was pretty clear from that combination of clowns that Ballgag was none other than Meadow. (The harlequin design of Ballgag's dress can also be seen amongst Meadow's sketches when she shows them to Kai.) 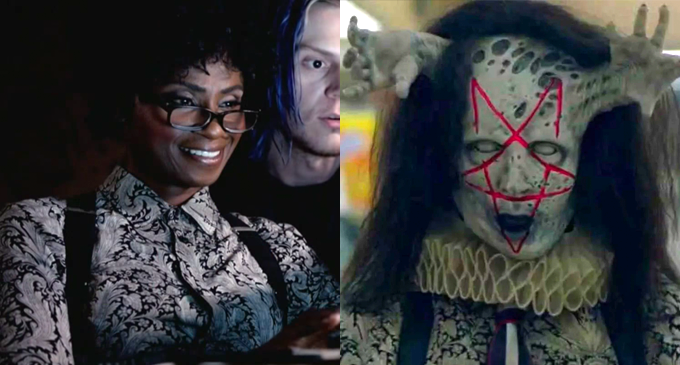 Based on the sole fact that both Pentagram and Beverly are wearing the exact same printed shirt, it's pretty obvious that Beverly is the evil genius behind this look. Have you also noticed how Pentagram is the only clown who isn't showing any skin? The reason why? Well, Beverly is the only person of colour in the Cult so far and any glimpse of her skin tone would give the game away. 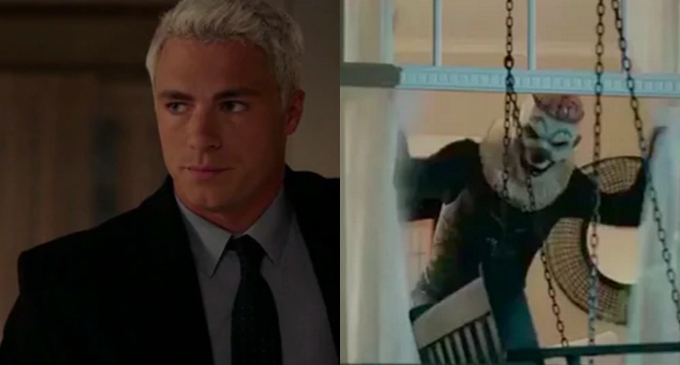 At first glance, it would be safe to assume that this particular clown is the friendly neighbourhood therapist, Rudy Vincent because hello... he studies the brain for a living! And there's an exposed brain on the mask! Genius! However, the clue was in a scene from the very first episode. This was the other clown having sex in the grocery store with Holes and it we later learn that Harrison and Detective Samuels have a lil' romance brewing. 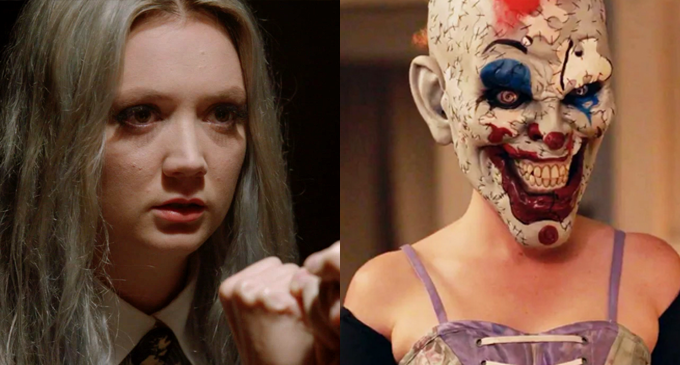 Winter, who we've seen take the pinky finger cult oath with Kai, couldn't have been either of the five clowns that showed up to kill the Changs because she was at the house babysitting Oz at the time. Jigsaw wasn't one of the clowns that was present. She's spotted briefly when Rosie is thrown into that coffin and she appears in the preview for episode 5, where you can see what looks like small wisps of Winter's grey hair falling out at her neck. Nailed it. 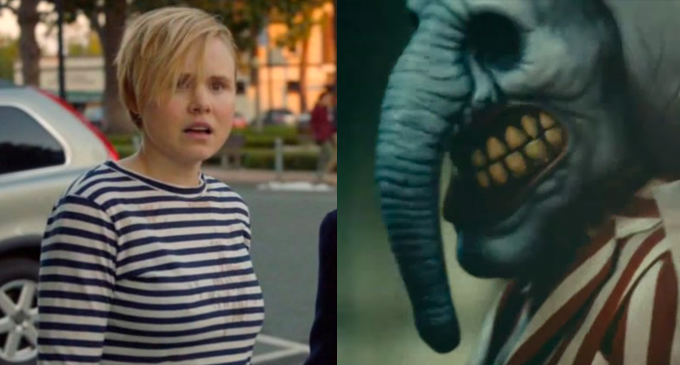 Surprise! Ivy is in the Cult and what better outfit for a Hillary-voting Democrat to wear than the mascot of the Republican party.

Someone save Sarah Paulson before she gets sent to Briarcliff again. Please.