“AHS: Cult” Will Be Evan Peters’ Biggest Season Yet And It’s Your Dream Come True 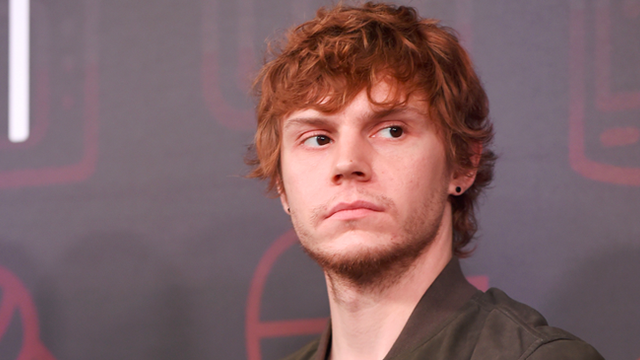 Our bodies have never been more ready.

We've got the theme. We've seen the trailer. And now it's time to start wildly speculating over every minute detail and set leak of American Horror Story: Cult. So, without further ado, shall we kick things off with Evan Peters' mysterious new character?

Fans of the show feel like they've been a little be jipped on the Evan Peters' front in the past few season. Evan didn't even feature in the first episode of Hotel and he infamously didn't show up until half way through Roanoke. When he *did* eventually show his face, he was killed off immediately. TWICE.

But this time around, it sounds like we're going to be getting our god damn money's worth out of the boy because Ryan Murphy has teased that Cult will be Evan's BIGGEST season yet. (How is he going to top Murder House though?!)

And more Evan you will get. This is his heaviest season yet. More questions?

So, what do we already know about Evan's character? It's been long confirmed that Evan will be playing a main role opposite Sarah Paulson, but now there's a couple of rumours going around who his character might actually be and they all sound pretty convincing.

Rumour one: He is the leader of the cult.

Thanks to the reveal of his character's name, there's been a bit of sleuthing around its meaning. Kai could be derived from the german word 'Kaiser' which literally means Emperor. Other connotations include "Lord" and "Keeper of the Keys". Fans also seem to have found a description that attributes the name 'Kai' as someone who has strong leadership and decisive qualities.

Rumour two: He's a high-ranking member of the cult.

Thanks to that 'Hive' and 'Bee' analogy, there's a pretty strong chance that the leader of the cult is actually a female. In the teaser trailer, you can see the clowns circling a woman with blue hair (not Halsey btw) on a platform. We've also seen Evan with blue hair in pictures from the set. The blue hair could signify a certain ranking or important status within the cult.

Rumour three: He's a newbie to the cult who is desperately trying to escape.

Literally take when we said above and flip it. What if the girl with blue hair was a new member that the cult are trying to brainwash? The blue hair could still be a status symbol but one of a lower ranking instead. His character could end up defecting which results in the "injuries" we've seen him sporting on set.

But anyway, enough speculation. Whatever and whoever Evan Peters' character turns out to be, we will accept every second of screen time with open arms.