Ummm, We Just Figured Out Who Killed Jason Blossom On “Riverdale”... 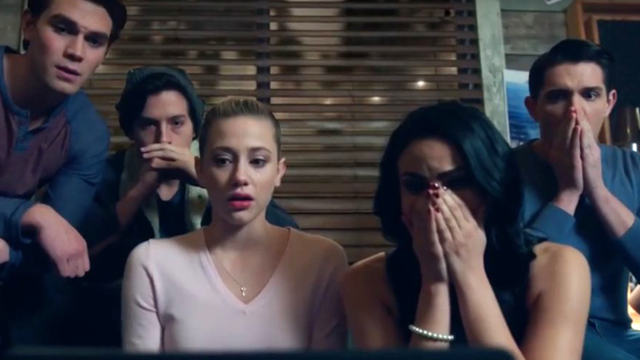 UPDATE: While this is was a SOLID sleuth and not amateur as Alice Cooper would like you all to believe, we were wrong. Jason's killer has ben revealed and it's 100% not who you think it is... Find out here.

THE TIME HAS COME! Riverdale is about to unveil Jason Blossom's killer and we've never been so tense and on edge about a TV show since The Red Wedding on Game Of Thrones. Ahead of the penultimate episode, the show has been teasing the moment everyone has been waiting for and they've just released a trailer that almost DEFINITELY spills the tea on who is responsible for Jason's death.

If you haven't seen it yet, here's the scene in question: We're talking about this terrifying scene from episode 12. Everyone is shook. As shook as shook can be.

Now, seeing as this is the episode where everything unravels and reveals itself, we assume that the squad are witnessing footage from Jason's murder. But did the scene just give away who's actually to blame? Let's take a deep dive shall we? Sleuthing hats and monocles are the ready everyone - it's time to start reading that body language! 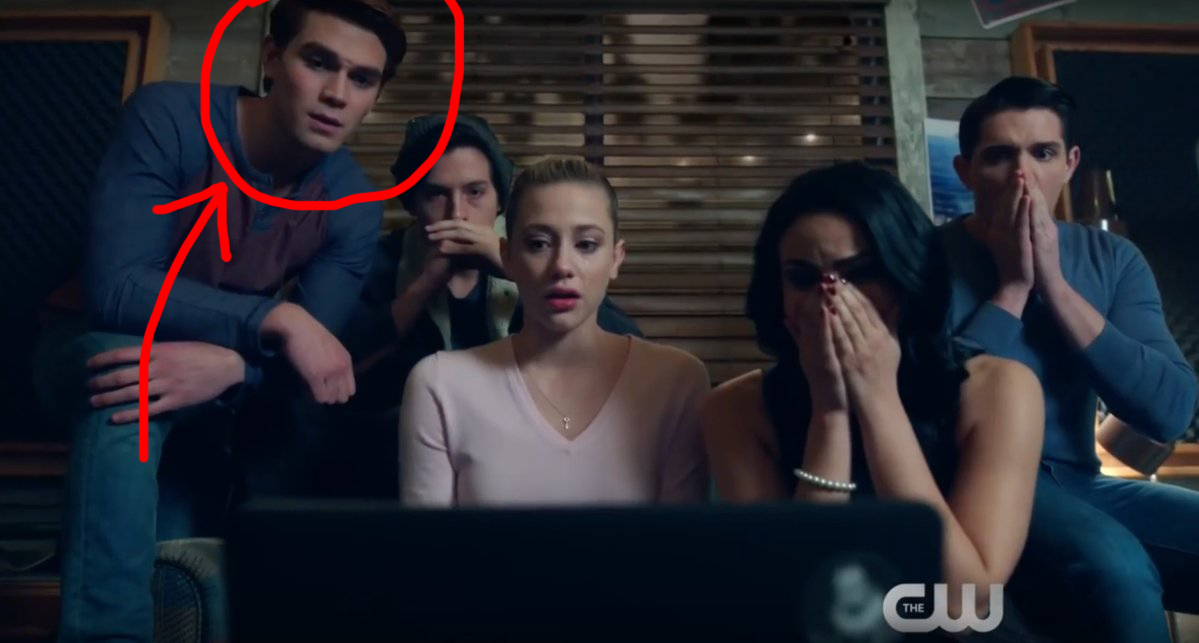 Let's just dismiss him straight away. Archie doesn't look at all bothered by what he is seeing on the screen. He looks like he's watching an episode of 13 Reasons Why and struggling to keep up with the flashbacks and present day timelines. Seriously. Look at his face. He's just like, "Huh. Wow. Never would've guessed that. Oh well..." He also doesn't look in the least bit concerned so it's probably no one related or involved with him either - there goes the Grundy theory. NEXT. 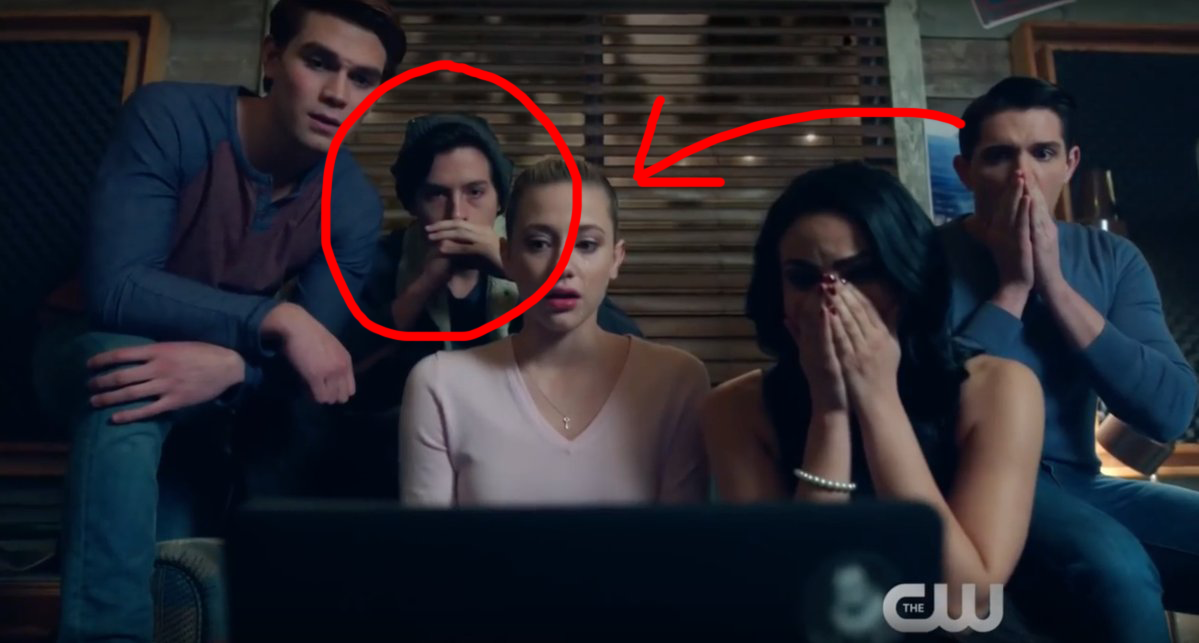 To be fair, Jughead genuinely looks distraught; maybe it's because his lazy and second-rate sleuthing didn't uncover this information sooner or it's because whatever he is seeing he KNOWS is pretty devastating for his girlfriend Betty. Judging by his reaction, we can probably count his dad, FP, out of the main suspects list now too. We can't imagine him staying seated if he just saw his dad murder someone in cold blood. IT'S NOT JUGHEAD, FAM. 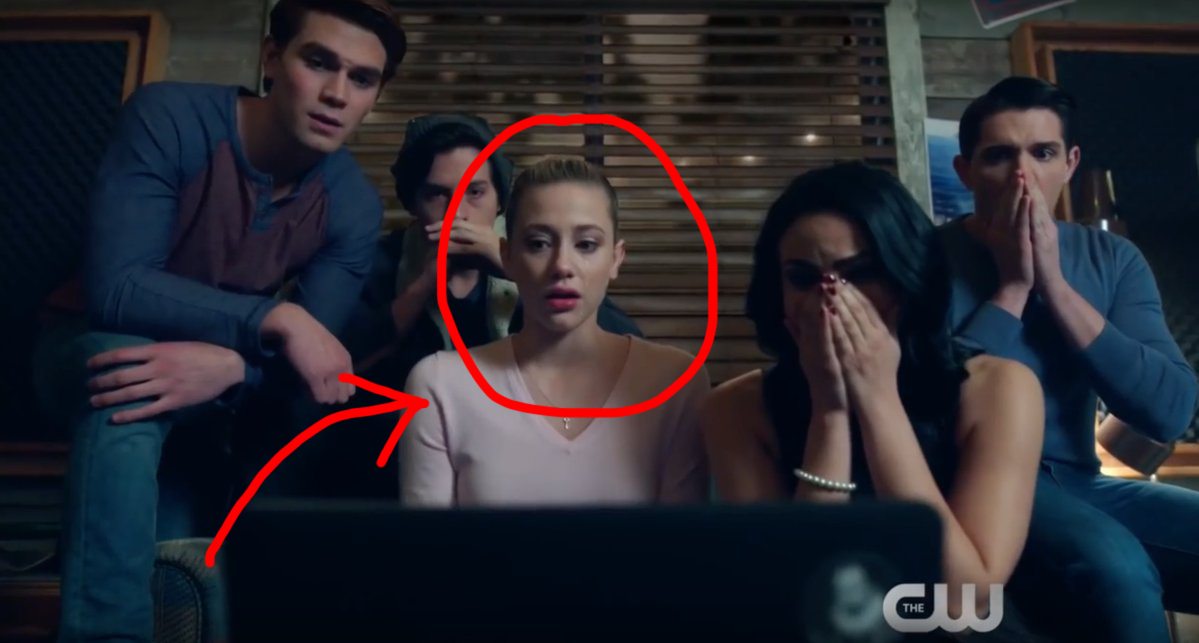 If A-Level Media Studies has taught me anything, it's that Betty being the main focus point of the scene is the most important clue here. Out of everyone in this camera shot, B looks like she's the most shook. Not just "wow, I've just seen someone get murdered shook" but like, "I've just seen a FAMILY member murder someone shook". But then again, when is Betty NOT shook about anything... In fact, that blank awkward stare when she goes to close the laptop? *DEAD* giveaway, my friends. What if she's watching HERSELF, in one of her blackouts, shooting and killing Jason? Oh my god... the plot twist. 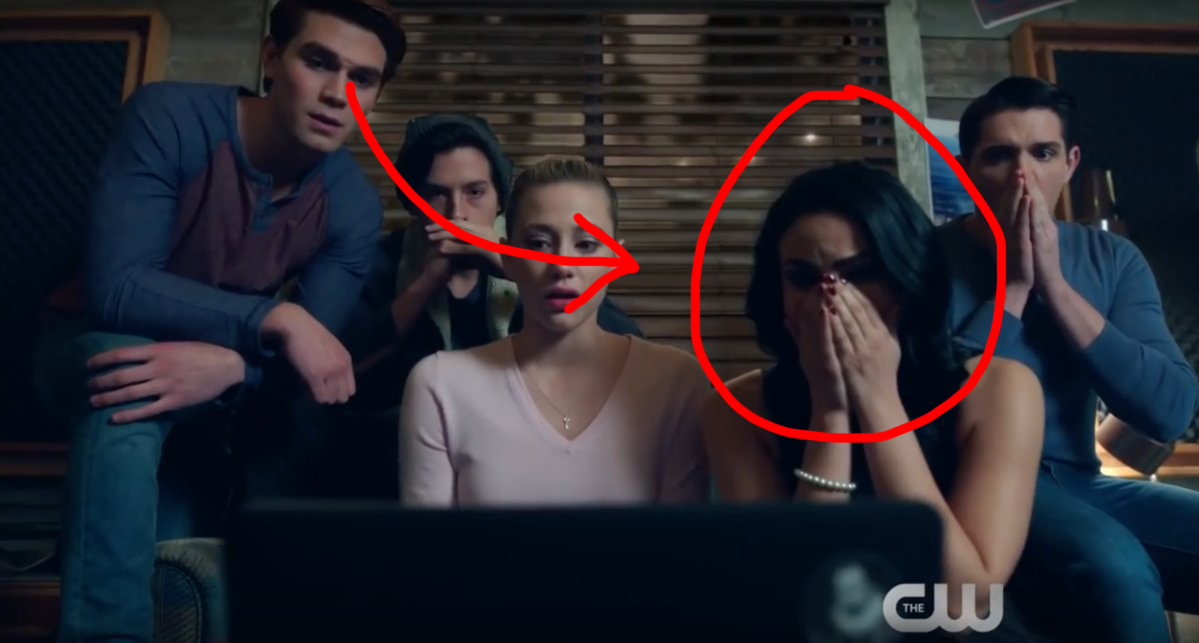 Veronica can't f*cking believe what she's seeing, can she? Judging by the way she's sobbing, it's still entirely possible that her father could have had a hand in the whole thing - the only time we've ever seen her break down like that was when her dad did the dirty on Ethel's dad. And to be honest, I'm not sure Veronica would be THAT upset if it was Cheryl or anyone outside of the Lodge/Cooper family. Oh god, this is getting complicated isn't it? 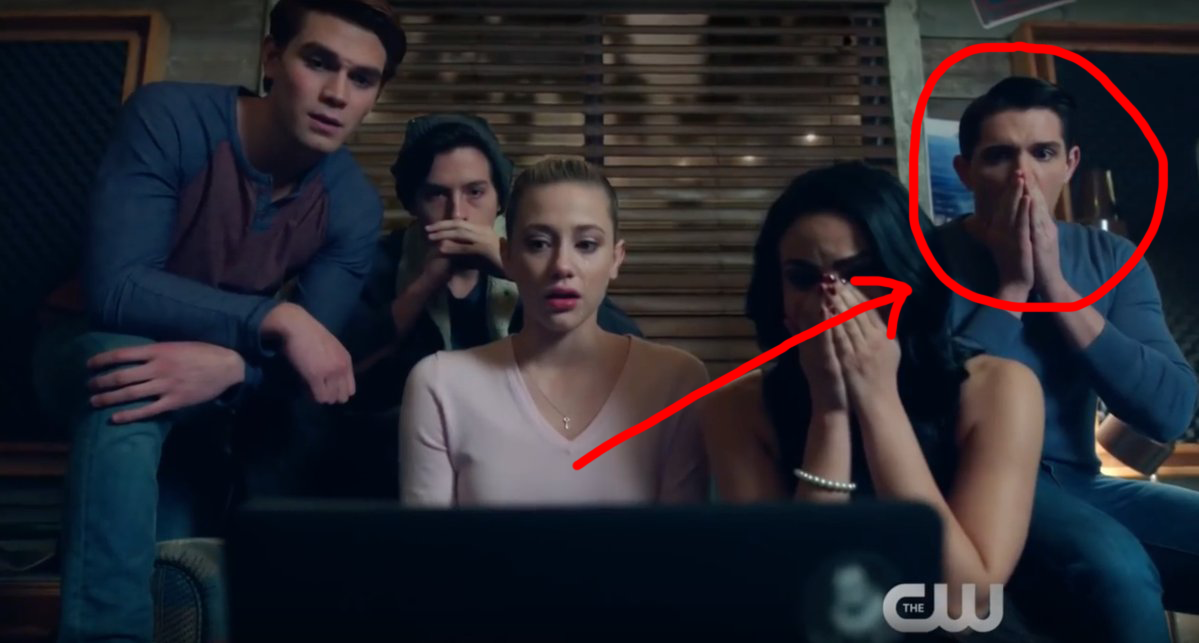 Oh, Kevin's there. I almost didn't notice him, hiding away in the background suspiciously... Anyway, let's talk about Kevin's blatantly obvious reaction. You see that sly double look towards Betty at the end, just after she's closed the laptop? That's DEFINITELY a pity glance. It's like he's waiting to catch her reaction, to make sure she's ok. It's almost apologetic if yo keep watching it. Maybe HE did it? Anything could happen at this point tbh.

Or you know, they might not even be watching Jason's death and this whole article - while an excellent exercise in body language and reading people's emotions - has been a complete and utter waste of time.

IN CONCLUSION: Based on this scene and the squad's reactions presented to us, we'd be willing to put some good money on either one of the Coopers (HAL!) or actually, Betty herself who pulled the trigger on ol' JJ Blossom. #RIPJason

Who do YOU think killed Cheryl's beloved?