BATGIRL MOVIE: Who Is Going To Play Barbara Gordon? 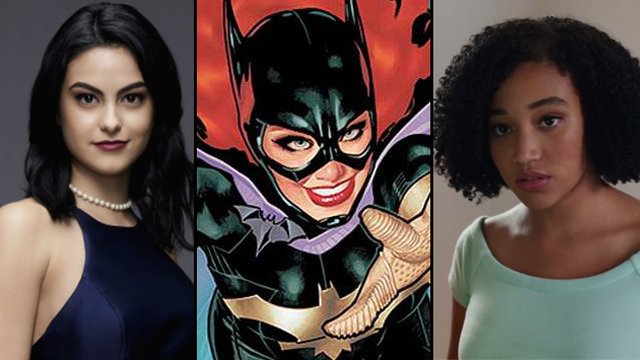 Joss Whedon is bringing Batgirl to the big screen at long last, but who should step into her famous cape?

Just when you think that the world doesn't need another superhero movie, it is announced that writer/director supremo Joss Whedon is heading up a brand new big screen adaptation of Batgirl and we are once again hyped!

The long awaited comic movie is finally on its way and rumours are already spreading across social media about who should be cast in the lead role of Barbara Gordon.

So who should put on the famous cape and start saving Gotham? Don't worry, we have some ideas....

Veronica in Riverdale is known for serving ice to all who cross her, a skill that would no doubt come in handy when faced with a multitude of bad guys from the Rogues Gallery. Although, if the villain turns out to be Mr Freeze then she'd be shit out of luck.

Another Riverdale fave, Madelaine's work as Cheryl shows that she has the skills to manipulate all around her, as well as throw some seriously savage shady putdowns in the direction of her enemies, a skill required by all superheroes.

Set to delight audiences in this summer's Everything Everything, taking on the lead role of Maddy in a powerhouse performance, Amandla is fast becoming one of the most interesting and talented young figures in Hollywood. In other words, the perfect Barbara Gordon.

Academy Award nominee (and friend of the PopBuzz Podcast) Hailee has long shown her ability to handle action thanks to her roles in True Grit and, lest we forget, that kick ass music video for Tay Swift's 'Bad Blood'.

She's already entered the DC universe thanks to her role on NBC's Powerless - is it time for her to leave the office behind and go in search of some real danger?

Come on - she's Hit Girl for god's sake! Do we really need anymore justification that that?

The Modern Family star is yet to make the big jump to mainstream movies but with her comic timing she would certainly make for an entertaining choice of superhero. Maybe April Winter could be her sidekick too?

Come on - you know this would be so much fun. We would pay very good money to see Keke take down The Penguin using nothing but her Twitter account and some truly savage one-liners. Make. It. Happen.

Tbh, as the real nerds amongst us know, the dream would be to see Millie take on the role of Robin in a full adaptation of Frank Miller's The Dark Knight Rises alongside an older Batman figure. But we will also readily accept this casting.

Probably a bit less likely given her current Spiderman commitments but if she can manage to balance her Marvel and DC allegiances, this would be welcome choice and take the 20 year old into superstar status.

Got your own ideas of who should play Batgirl? Let us know.